Leeds United line up against visiting side Sheffield United at Elland Road in the Premier League game on Saturday.

Leeds United, who won their previous game, will hope for a similar result following the 1-2 Premier League triumph over Fulham.

A common feature of recent Leeds United games is the number of results with a nil in them.

Taking their previous sextet of matches leading up to this one, in 5 of them a wager on "Both Teams to Score" would have been a losing one.

Coming into this clash, Leeds United haven’t won at home in the past 2 league matches.

Since a loss in their previous game against Chelsea in FA Cup competition, Sheffield United and their travelling fans will hope for a better result here.

For 5 of the prior six games involving Sheffield United, a comparatively low number of goals have been hit between them and their opponents. The overall average number of goals per game within that spell comes to a mere 2.17, with the average goals for The Blades equalling 0.17. That kind of trend might not be carried forward into this match, though.

A look at their prior head to head meetings going back to 19/03/2011 shows that Leeds United have won 2 of them and Sheffield United 4, with the number of drawn matches being 0.

A combined sum of 11 goals were scored between them in this period, with 4 of them from The Whites and 7 for The Blades. The average number of goals per game works out to 1.83.

The previous league match featuring these clubs was Premier League match day 3 on 27/09/2020 when it finished Sheffield United 0-1 Leeds United.

That day, Sheffield United managed 36% possession and 15 shots at goal with 5 of them on target.

On the other side, Leeds United got 17 shots on goal with 9 on target. Patrick Bamford (88') was the scorer.

The referee was Paul Tierney.

There is just the sole fitness concern for the Leeds United boss Marcelo Bielsa to be concerned about due to a largely intact squad. Adam Forshaw (Hip Injury) won’t play.

Sheff Utd boss Paul Heckingbottom has not got a full squad to pick from. Jack Robinson (Knock) and Jack O'Connell (Knee Surgery) are not able to play.

In this match, Leeds United will most probably be able to create a decent number of chances and shots on target.

Conversely, Sheffield United are also probably going to find it difficult to score themselves although we do think that they will probably end up managing to get on the scoresheet here.

Our selection here is for a decent 3-1 winning score for Leeds United after 90 minutes. 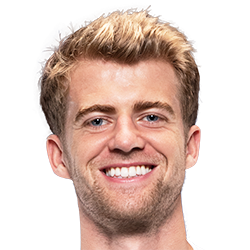 Generally played in the Striker position, Patrick Bamford was born in Grantham, England. Having made his senior debut playing for Nottingham Forest in the 2011 - 2012 season, the goalscoring Forward has netted 14 league goals in the Premier League 2020 - 2021 season so far in a total of 29 appearances.

We have made these Leeds United v Sheffield United predictions for this match preview with the best intentions, but no profits are guaranteed. Please always gamble responsibly, only with money that you can afford to lose.