Return to this page a few days before the scheduled game when this expired prediction will be updated with our full preview and tips for the next match between these teams.
Full-Time Result Prediction
👉
Levski Sofia to Win

The First League match at Stadion Lokomotiv on Saturday will see home team Lokomotiv Sofia prepare for the visit of Levski Sofia.

To see all of our predictions, user poll & stats for Lokomotiv Sofia v Levski Sofia, scroll down - as well as up-to-date odds.

Lokomotiv Sofia go into this fixture after a 2-2 First League drawn result against Botev Vratsa.

Leading up to this clash, Lokomotiv Sofia:

Since a losing effort in their last game against Ludogorets Razgrad in First League action, Levski Sofia will be hoping to turn things around here.

Proving their involvement in high-scoring encounters, goals have been scored 20 times in the prior six games in which Levski Sofia have played, giving a mean average of 3.33 goals for each clash. Opposing teams have managed 12 of this grand total. Such a pattern might not be continued into this next game, of course.

Coming into this meeting, Levski Sofia have not won away from home in their last 4 matches in the league.

Inspecting their most recent head-to-head meetings going back to 29/09/2012 shows us that Lokomotiv Sofia have won 1 of these & Levski Sofia 3, with the tally of draws being 2.

A combined sum of 8 goals were produced between them in these games, with 3 of them for The Railwaymen and 5 for The Blue Avalanche. The average goals per game has been 1.33.

The previous league fixture between the two was First League match day 14 on 02/11/2014 which ended up with the score at Lokomotiv Sofia 0-1 Levski Sofia.

There aren’t many selection issues, with just the sole fitness concern for the Lokomotiv Sofia manager Ivan Kolev to contend with from an otherwise complete group of players. Mario Petkov (Knee Injury) misses out.

Owing to a fully injury-free squad ready to go, the Levski Sofia manager Stanimir Stoilov has no fitness worries to speak of before this clash.

In our opinion, Lokomotiv Sofia might need a bit of good fortune to score against this Levski Sofia lineup who we think should end up scoring and staying ahead.

We’re therefore seeing a highly competitive game with a 0-1 advantage for Levski Sofia at the end of the 90 minutes. 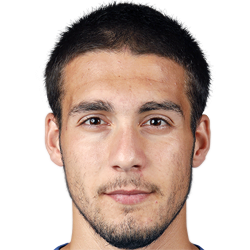 Normally played in the Striker position, Iliya Dimitrov was born in Dupnitsa, Bulgaria. Having made a first senior appearance for Levski Sofia in the 2013 - 2014 season, the skilful Forward has hit 2 league goals in the First League 2021 - 2022 season to date coming from a total of 7 appearances.

While we have made these predictions for Lokomotiv Sofia v Levski Sofia for this match preview with the best of intentions, no profits are guaranteed. Always gamble responsibly, and with what you can afford to lose. Good luck!