Return to this page a few days before the scheduled game when this expired prediction will be updated with our full preview and tips for the next match between these teams.
The Serie B match at Stadio Armando Picchi on Monday will see home side Livorno doing battle with Venezia. Scroll down for all of our predictions, poll and stats for the Livorno v Venezia game - plus the latest betting odds.

Livorno will be hoping for a repeat of their last result, following a 2-3 Serie B victory against Juve Stabia. In that match, Livorno managed 47% possession and 11 shots at goal with 3 on target. For Livorno, the goals were scored by Davide Agazzi (59'), Manuel Marras (60') and Matija Boben (90'). At the other end, Juve Stabia got 19 shots on goal with 3 on target. Giacomo Calò (21') and Karamoko Cissé (86') scored for Juve Stabia.

It has been seldom in recent games that Livorno have kept a clean sheet. The reality is that Amaranto have seen their defence breached in 5 of their previous 6 clashes, leaking 8 goals on the way.

Going into this contest, Livorno have not won at home in their last 8 league games. They will be so desperate to end this run.

Venezia come into this game following a 2-1 Serie B win as they beat Ascoli in their last outing. In that game, Venezia had 58% possession and 14 shots at goal with 2 on target. For Venezia, the scorers were Mattia Aramu (8') and Marco Firenze (66'). Ascoli got 16 attempts on goal with 6 of them on target. Gianluca Scamacca (24') was the scorer for Ascoli.

Looking at their form, and Venezia have been scored against in 5 of their last 6 matches, seeing opposing sides hit 8 goals in total. In defence, Arancioneroverdi have seen their frailties exposed. Let’s find out if that trend can be continued on into this next match.

Heading into this contest, Venezia are without an away win for the past 2 league games.

Looking at their prior head to head meetings dating back to 30/03/2003 shows us that Livorno have won 1 of them & Venezia 2, with the number of drawn games standing at 3.

A combined total of 11 goals were shared by the two clubs throughout the course of those matches, with 5 of them from Amaranto and 6 created by Arancioneroverdi. That’s an average goals per game of 1.83.

The last league encounter featuring these sides was Serie B match day 12 on 09/11/2019 which finished with the scoreline of Venezia 1-0 Livorno. In that match, Venezia had 50% possession and 11 attempts on goal with 4 of them on target. The scorer was Mattia Aramu (39'). On the other side, Livorno got 11 attempts on goal with 5 on target. The match was refereed by Giacomo Camplone.

Livorno manager Antonio Filippini has no fitness worries to speak of coming into this game thanks to a fully injury-free group available for selection. Manuel Marras will not be able to play in this game through being suspended.

Looking at these two, we feel that Venezia and Livorno should play out a closely-fought contest here. There should be little in it, and a draw looks to be quite a realistic result. Our tip is therefore for a very even match with a 1-1 draw at full-time.

Both Teams to Score Prediction for Livorno vs Venezia
Yes 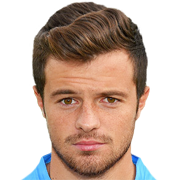 Generally taking up the Centre Midfield position, Davide Agazzi was born in Trescore Balneario, Italy. After making a first senior appearance for Virtus Lanciano in the 2014 - 2015 season, the accomplished Midfielder has struck 2 league goals in the Serie B 2019 - 2020 campaign to date from a total of 26 appearances.

We have made these Livorno v Venezia predictions for this match preview with the best intentions, but no profits are guaranteed. Please always gamble responsibly, only with money that you can afford to lose. Good luck with your selections.