The Super League clash at Stade de la Maladière on Monday will see home side Neuchatel Xamax FC do battle with Lugano.

Our tips, poll and stats for Neuchatel Xamax FC v Lugano can all be found here - as well as the best betting odds.

Neuchatel Xamax FC will be hoping to return to winning ways here following a 6-0 Super League defeat in their last game at the hands of St Gallen.

It has been seldom in recent times where Neuchatel Xamax FC have shown defensive steel. In fact, Xamax have seen their defence breached in 5 of their previous 6 matches, letting in 15 goals on the way.

Lugano head into the game following on from a 3-1 Super League win in the defeat of Servette FC in their last match.

In their previous six outings, Lugano have helped themselves to a total of 13 goals. Lugano have also managed to score in every single one of those games. During that period, their defenders have seen 10 goals scored by their opponents. We will see whether or not that trend can be continued on into this next match.

Their past results show that Lugano:

There have been a high number of draws between the two sides. In their head to head meetings stretching back to 02/12/2018, fans have seen 5 of them. That’s a very high 83 per cent of games ending up tied.

A combined total of 11 goals were scored between them throughout the course of those matches, with 6 from Xamax and 5 belonging to Lugano. That’s an average goals per game of 1.83.

The last league contest featuring these sides was Super League match day 20 on 01/02/2020 which finished with the scoreline of Lugano 1-1 Neuchatel Xamax FC.

Neuchatel Xamax FC manager Stéphane Henchoz has a full complement, with no fitness concerns whatsoever coming into this match with a fully healthy group to choose from.

We feel that in this game, Lugano will, in all probability, get a lot of shots on goal and make them count.

At the other end, Neuchatel Xamax FC may well struggle scoring although we reckon that they could well end up managing to get on the scoresheet as well here.

Our tip is for a 1-3 winning score for Lugano when the full-time whistle blows. 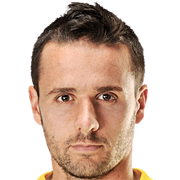 Generally playing in the Striker position, Raphaël Nuzzolo was born in Biel, Switzerland. Having made his senior debut playing for Neuchatel Xamax FC in the 2003 - 2004 season, the dangerous Forward has hit 13 league goals in the Super League 2019 - 2020 season to date coming from a total of 34 appearances.

We have made these Neuchatel Xamax FC v Lugano predictions for this match preview with the best intentions, but no profits are guaranteed. Please always gamble responsibly, only with money that you can afford to lose. Good luck if you do place a bet today.