Return to this page a few days before the scheduled game when this expired prediction will be updated with our full preview and tips for the next match between these teams.
Full-Time Result Prediction
👉
Machida Zelvia to Win

Tokyo Verdy will arrive at Machida GION Stadium on Sunday for the J2 League meeting with hosts Machida Zelvia.

For all of our match predictions, pre-game poll and statistics for Machida Zelvia v Tokyo Verdy, scroll down (plus the best game odds).

Machida Zelvia go into this game coming off the back of a 0-0 J2 League stalemate versus Roasso Kumamoto.

Under three goals per game were recorded in 5 of the past 6 fixtures where Machida Zelvia have been involved. In terms of the goal weighting from that period, their opponents scored an aggregate of 5 while Machida Zelvia managed the sum of 4. We will just have to find out if that trend will be sustained in this game.

Going into this encounter, Machida Zelvia are without a home win in the past 6 league matches. Their fans aren't happy.

After being defeated in their last game at the hands of AFC Blaublitz Akita in J2 League competition, Tokyo Verdy will be hoping to turn things around here.

The only player to score from Tokyo Verdy was Tomohiro Taira (82' Own goal). Ryuji Saito (45') was the scorer for AFC Blaublitz Akita.

The forward players for Tokyo Verdy have had real problems scoring goals over their previous 6 encounters, recording the poor return of just 2. In those fixtures, Tokyo Verdy have also seen the collective goal aggregate of opposing teams equal 7.

Leading up to this clash, Tokyo Verdy:

Looking at the statistics for their head to head duels stretching back to 27/07/2019, there has been little between the sides with Machida Zelvia winning 2 of those games, Tokyo Verdy 2 and 2 being draws after 90 minutes of play.

A combined total of 12 goals were produced between them in this period, with 6 of them for Machida and 6 being from Tokyo Verdy. The average goals per game has been 2.

The last league game featuring these sides was J2 League match day 5 on 20/03/2022 when it ended Tokyo Verdy 2-1 Machida Zelvia.

Kaishu Sano (Lumbago) and Zento Uno (Metatarsal Fracture) won’t be available for Machida Zelvia manager Ranko Popović. The players who will not be able to play in this game through being suspended are Chong Tese, Leo Takae and Kota Fukatsu.

Due to a completely healthy group ready to go, the Tokyo Verdy manager Hiroshi Jofuku does not have any fitness worries to speak of before this match.

Our feeling is that Tokyo Verdy have it within them to find the net against this Machida Zelvia lineup, although it might not be as many as they will have scored against them.

We think that it’s going to be a tight encounter finishing with a 2-1 advantage for Machida Zelvia at the end of this one. Looking forward to seeing how this one unfolds. 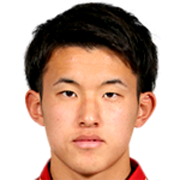 Regularly taking up the Right Attacking Midfielder position, Taiki Hirato was born in Ibaraki, Japan. After having made a senior debut playing for Machida Zelvia in the 2017 season, the dangerous Midfielder has netted 9 league goals in the J2 League 2022 season to date from a total of 31 appearances.

We have made these Machida Zelvia v Tokyo Verdy predictions for this match preview with the best intentions, but no profits are guaranteed. Please always gamble responsibly, only with money that you can afford to lose.