The Malmö FF v Varbergs BoIS live stream video is set to be broadcast on 05/05/2021. Fans of both clubs can watch the clash on a live streaming service if this match is included in the schedule referenced above. Here we provide you with helpful information for watching this Allsvenskan game that includes the most recent team form, head to head meetings and our game tips.

To view the game using alternative ways, check broadcasters’ listings in your local region. These broadcasting contracts are often granted on a per-competition/league or even single game basis. For games shown live on regional television programmes, check the listings on channels including BT Sport, Amazon Prime Video, Sky Sports, Now TV, iTV, Canal+, Fox Soccer, ESPN depending on where you are.

After the match finishes, we might also link to match highlights from time to time. We aren’t responsible for transmitting any match video content linked to from here. All legal complaints must be dealt with via the hosters/owners of this content.

Malmö line up against visiting team Varbergs BoIS at Eleda Stadion in the Allsvenskan game on Sunday.

Full predictions, pre-match stats and user poll for Malmö v Varbergs BoIS are shown on this page - as well as up-to-date odds.

Malmö will be wanting a better result here after the 3-1 Allsvenskan defeat last time out to Djurgårdens IF.

Malmö have been conceding pretty frequently lately, although they have also managed to hit the back of the net themselves. Looking at their last 6 games, Himmelsblått have been punished defensively in 6 of them while also scoring in 5 of those matches.

Coming into this fixture, Malmö FF are unbeaten in their previous 21 home league matches. What a fortress they have created.

Varbergs BoIS will come into the clash after a 1-2 Allsvenskan win to defeat Östersunds FK in their last match.

The stats don’t lie, and Varbergs BoIS have been scored against in 5 of their last 6 matches, seeing their opponents hit 10 goals in all. In defence, Varbergs have some weaknesses to address. With no two games being the same, time will tell if that trend will persist in this next game.

Coming into this clash, Varbergs BoIS are unbeaten in their previous 2 away league matches.

The previous league match between the two was Allsvenskan match day 29 on 29/11/2020 when it ended Varbergs BoIS 3-2 Malmö FF.

Almost everyone can be considered, as there’s just the lone fitness concern for the Malmö boss Jon Tomasson to contend with thanks to an almost full-strength group. Johan Dahlin (Arm Injury) is sidelined.

Owing to an otherwise full-strength group of players, there is only the one fitness worry for the Varbergs BoIS boss Joakim Persson to be concerned with. Daniel Krezic (Cruciate Ligament Injury) won’t be in action.

Our thinking is that Varbergs BoIS should have enough to find the net against this Malmö side, but that isn’t expected to be as many as the goals that they could concede.

We can see a very close game with a 2-1 winning margin for Malmö at the end of the 90 minutes. It will be interesting to see how this one goes. 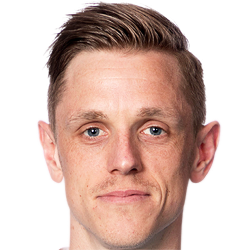 Customarily playing in the Left Attacking Midfielder position, Søren Rieks was born in Esbjerg, Denmark. Having made his senior debut playing for Esbjerg in the 2005 - 2006 season, the skilful Midfielder has hit 2 league goals in the Allsvenskan 2021 season so far from a total of 4 appearances.

While we have made these predictions for Malmö v Varbergs BoIS for this match preview with the best of intentions, no profits are guaranteed. Always gamble responsibly, and with what you can afford to lose. Good luck!

⚽️ Where can I see the odds for other Allsvenskan games?

View all of our next (and previous) Allsvenskan predictions & previews here.