Our Puebla v Mazatlán tips, poll and stats can be seen in full below (plus the best game odds).

Puebla will be hoping to bounce back here following the 2-1 Liga MX (Clausura) loss in their previous game against Mazatlán.

In that match, Puebla managed 48% possession and 14 shots at goal with 2 of them on target. The scorer for Puebla was Pablo Parra (94'). Mazatlán got 16 shots on goal with 8 on target. Oswaldo Alanís (47') and Marco Fabián (57') scored for Mazatlán.

It has not been often in recent times that Puebla have shown defensive steel. In fact, Puebla have seen their defence breached in 5 of their previous 6 clashes, letting in 8 goals in the process.

A series of reliable performances by the Mazatlán defensive players has seen their ‘goals against’ tally amounting to 4 from their last 6 clashes overall. During the same time, their own attack force has managed to score 8. It will be interesting to find out if that trend will be continued on into this next match.

For their opponents, Puebla had 14 shots on goal with 2 of them on target. Pablo Parra (94') was the scorer.

The Puebla manager Nicolás Larcamón will be thankful to have no fitness concerns at all before this match thanks to a completely injury-free squad available to choose from.

Thanks to a fully injury-free group to pick from, the Mazatlán manager Gabriel Caballero has zero fitness worries to report ahead of this game.

It looks to us that Puebla have it within them to be able to create a high number of chances and successful shots on target.

At the other end, Mazatlán may well find it hard to score a goal of their own - but, we do see them converting at least once here, too.

We’re therefore anticipating a fairly comfortable 3-1 win for Puebla by the time that the referee blows the final whistle. 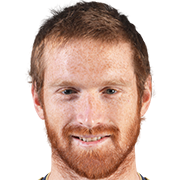 Generally used in the Striker position, Fernando Aristeguieta was born in Caracas, Venezuela. After having made a senior debut playing for Nantes in the 2012 - 2013 season, the talented Forward has hit 6 league goals in this Liga MX (Clausura) 2021 - 2022 campaign to date coming from a total of 17 appearances.

While we have made these predictions for Puebla v Mazatlán for this match preview with the best of intentions, no profits are guaranteed. Always gamble responsibly, and with what you can afford to lose. Good luck!