Peterborough United journey to Riverside Stadium on Saturday for the Championship fixture with home side Middlesbrough.

Scroll down to see all of the predictions, poll and statistics for Middlesbrough v Peterborough United (including the best match odds).

Middlesbrough will be hoping to return to winning ways here after the 2-0 Championship loss in their previous game against Hull City.

A common theme in more recent Middlesbrough games is the number of results with a nil in them.

Taking their previous sextet of clashes before this one, in 5 of them a wager on "Both Teams to Score" would've been a loser. Such a trend won’t necessarily be carried forward into this next game, of course.

Going into this contest, Middlesbrough haven't been beaten in the league by Peterborough United in their previous 6 matches.

Since being beaten in their last game against Bristol City in Championship competition, Peterborough United and their travelling fans will hope for a better result here.

In that game, Peterborough United managed 59% possession and 15 attempts on goal with 3 on target. For Peterborough United, the goalscorers were Sammie Szmodics (22', 43') and Nathan Thompson (34' Own goal). For their opponents, Bristol City had 17 attempts on goal with 6 on target. George Tanner (40') and Chris Martin (84') scored for Bristol City.

A look at their previous results shows us that Peterborough United:

Looking at their most recent head to head clashes going back to 24/08/2011 shows that Middlesbrough have won 3 of them and Peterborough United 0, with the tally of drawn results standing at 3.

16 goals were scored between them in this period, with 12 for The Boro and 4 created by The Posh. The average goals per game has been 2.67.

The Middlesbrough boss Neil Warnock doesn’t have any fitness worries at all ahead of this clash thanks to a fully injury-free squad available to select from. Lee Peltier is ineligible for this match because of suspension.

Thanks to a mainly available group of players, there is only the lone fitness issue for the Peterborough United boss Darren Ferguson to be concerned about. Ricky-Jade Jones (Knee Injury) won’t be in action.

Our feeling is that Peterborough United would be disappointed if they were not to put one past this Middlesbrough side, although it isn’t expected to be as many as the goals that they could concede.

We can see a 2-1 advantage for Middlesbrough at full-time. It will be interesting to see how this one goes. 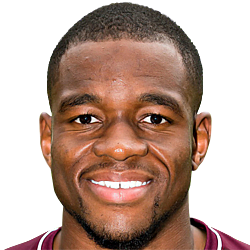 Mostly used in the Striker position, Uche Ikpeazu was born in Harrow, England. Having made a first senior appearance for Crewe Alexandra in the 2013 - 2014 season, the dangerous Forward has got 2 league goals in this Championship 2021 - 2022 campaign so far coming from a total of 9 appearances.

We have made these Middlesbrough v Peterborough United predictions for this match preview with the best intentions, but no profits are guaranteed. Please always gamble responsibly, only with money that you can afford to lose. Good luck!