Sporting Kansas City will be hoping for a better result after the 2-1 MLS losing effort in their last game against Houston Dynamo.

It has been seldom in recent times where Sporting Kansas City have managed to hold out for a full 90 minutes. The reality is that SKC have been scored against in 6 of their previous 6 matches, leaking 13 goals in the process.

Minnesota United will go into this clash following a 3-2 MLS win in the defeat of FC Dallas in their previous outing.

Proving their bias toward productive encounters, the back of the net has been hit 23 times in the prior six games in which Minnesota United have played, giving a mean average of 3.83 goals for each fixture. Their opponents have managed 13 from this total. Let’s see whether or not that trend will end up being sustained in this game.

If we look at their past head to head meetings going back to 26/08/2018, there has been little between the sides with Sporting Kansas City winning 3 of those games, Minnesota United 3 and 0 being drawn in normal time.

A combined sum of 15 goals were shared by the two clubs in these games, with 8 of them from SKC and 7 netted by Loons. The average number of goals per game works out to 2.5.

The last league meeting between these sides was MLS match day 4 on 21/08/2020 and the score finished Minnesota United 1-2 Sporting Kansas City.

In that match, Minnesota United managed 58% possession and 11 shots at goal with 3 of them on target. The scorer was Boxall (55' Own goal).

The referee was Ramy Touchan.

Sporting Kansas City boss Peter Vermes will be thankful to have no fitness concerns whatsoever coming into this game with a fully healthy squad available for selection.

Thanks to a fully healthy group available to select from, Minnesota United manager Adrian Heath has no fitness worries to report ahead of this clash.

When taking all factors into account, Minnesota United must be fancied to score a goal against this Sporting Kansas City side, however that might not quite be enough to prevent defeat.

We think that it’s going to be a 2-1 winning margin for Sporting Kansas City after the 90. 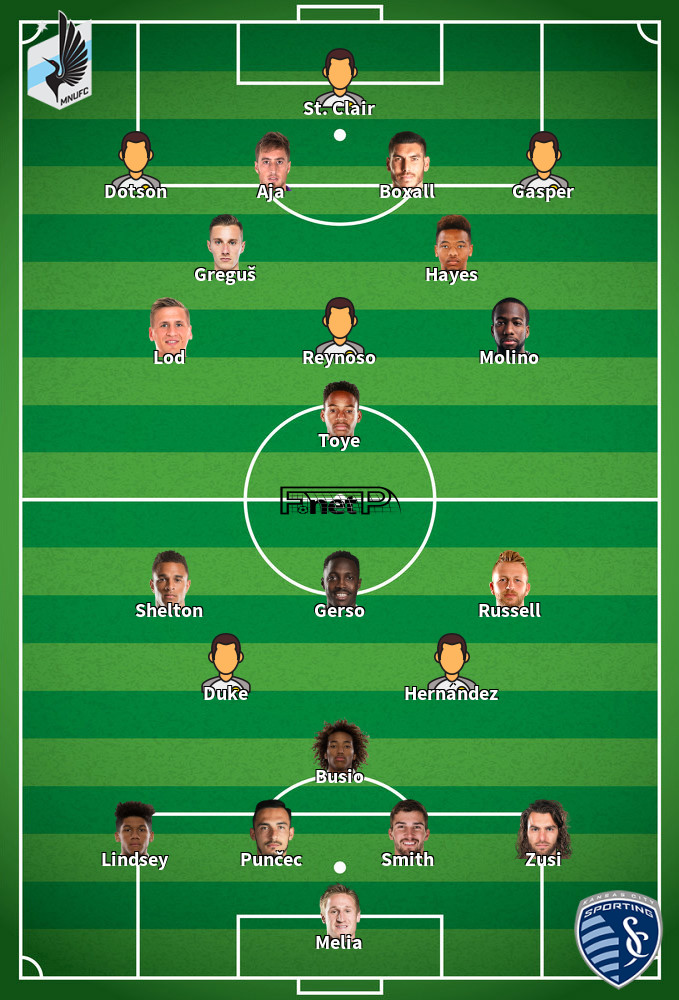 We have made these Sporting Kansas City v Minnesota United predictions for this match preview with the best intentions, but no profits are guaranteed. Please always gamble responsibly, only with money that you can afford to lose. Good luck with your selections.