Slovan Liberec face off with visiting club Mladá Boleslav at Stadión U Nisy in this First League clash on Saturday.

To see all of our predictions, user poll & stats for Slovan Liberec v Mladá Boleslav, scroll down (inc. the best betting odds).

Slovan Liberec, who won their previous game, will hope for a similar result following a 1-0 First League success against Mladá Boleslav.

The only scorer from Slovan Liberec was Mick van Buren (28').

Over the course of their previous 6 clashes, Mladá Boleslav have helped themselves to a total of 9 goals. Mladá Boleslav have additionally got on the scoresheet on each one of those occasions. In that time, their defenders have had 9 goals scored by their opponents. We will see whether or not that trend will end up being sustained in this game.

Looking over past results between these clubs going back to 06/06/2020 shows that these fixtures have been miserable for Mladá Boleslav. They’ve not managed to get any wins whatsoever whereas Slovan Liberec have just been stronger than them, winning in 67 per cent of those games played.

A sum of 19 goals were yielded between them in these games, with 13 for Modrobílí and 6 netted by Mladá Boleslav. The average goals per game has been 3.17.

The previous league encounter featuring the two was First League match day 22 on 20/02/2022 which finished with the scoreline of Mladá Boleslav 3-3 Slovan Liberec.

The match was refereed by Josef Krejsa.

There aren’t many selection issues, with just one fitness concern for the Slovan Liberec gaffer Luboš Kozel to be concerned with from a near full-strength group. Mohamed Doumbia (Unknown Injury) won’t play.

Owing to a completely injury-free squad to pick from, the Mladá Boleslav boss Pavel Hoftych has zero fitness concerns at all before this clash.

For this match, we think that Mladá Boleslav will surely be able to put one past this Slovan Liberec team, but it possibly won’t quite be as many as they’ll concede.

We think that it’s going to be a close game with a 2-1 winning score for Slovan Liberec when the full-time whistle blows. Should be a good one. 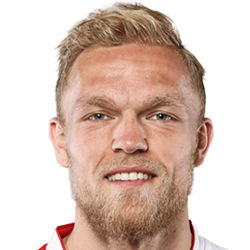 Generally played in the Striker position, Mick van Buren was born in Ridderkerk, Netherlands. After having made a senior debut playing for Excelsior in the 2011 - 2012 season, the goalscoring Forward has managed to score 5 league goals in this First League 2022 - 2023 season to date from a total of 8 appearances.

We have made these Slovan Liberec v Mladá Boleslav predictions for this match preview with the best intentions, but no profits are guaranteed. Please always gamble responsibly, only with money that you can afford to lose. Good luck if you do place a bet today.