Molde FK meet the visiting Start at Aker Stadion in this Eliteserien match on Wednesday.

For all of our match predictions, pre-game poll and statistics for Molde FK v Start, scroll down (including the best match odds).

Molde FK will be looking to improve on their last outing here after a 2-1 Eliteserien defeat last time out to Sandefjord.

The only name on the scoresheet from Molde FK was Ola Brynhildsen (14'). Rufo Herraiz (18') and Marc Vales (90') scored for Sandefjord.

Matches involving Molde FK have proved to be engaging encounters recently with high scoring being a common characteristic. Over their past 6 clashes, a grand total of 24 goals have gone in for both sides combined (at an average of 4 goals per game) with 18 of these coming from Molde.

Leading up to this clash, Molde FK:

Start go into this encounter following a 3-0 Eliteserien win against Mjøndalen in their last fixture.

Jóhannes Harðarson's Start have seen their efforts on goal rewarded a total of 6 times in the course of their most recent 6 matches. The number of goals that they have conceded during those same clashes adds up to 5.

Their past results show that Start:

A study of their past head to head results going back to 08/11/2015 shows that these fixtures have been disappointments for Start. They have not managed to get any wins whatsoever while Molde FK have managed to find a way, winning in 67% of those games played.

There were also goals galore in those games, with 22 overall at an average of 3.67 goals per meeting.

The previous league fixture between the two was Eliteserien match day 3 on 24/06/2020 when it ended Start 2-3 Molde FK.

Owing to an otherwise healthy group, there’s only the lone fitness issue for the Start manager Jóhannes Harðarson to be concerned about. Henrik Gjesdal (Cruciate Ligament Rupture) won’t be in action.

We’ve got the feeling that Start would be disappointed if they were not to score a goal against this Molde FK side, however that may not quite be as many as they’ll concede.

We think that it’s going to be a very close game with a 2-1 advantage for Molde FK by the time that the referee blows the final whistle. Should be a good one.

📚 What are the best odds for this match?

Checking on the latest odds for this match in the full-time result market, staking on Molde FK is available for 1.3175, backing a draw is 5.5 and putting your money on the win for Start will get you 8. Those are the top returns on offer at this very moment. 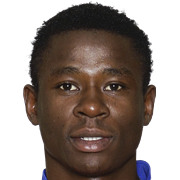 Mostly taking up the Striker position, Leke James was born in Kaduna, Nigeria. After having played his first senior match for Aalesunds FK in the 2012 season, the goalscoring Forward has hit 6 league goals in this Eliteserien 2020 season so far from a total of 10 appearances.

We have made these Molde FK v Start predictions for this match preview with the best intentions, but no profits are guaranteed. Please always gamble responsibly, only with money that you can afford to lose. Best of luck with your selections.

⚽️ Where can I get the tips for other Eliteserien matches?

Look at all of the upcoming (and previous) Eliteserien predictions & previews here.