NAC Breda will be the visitors at Frans Heesen Stadion on Friday for the Eerste Divisie fixture with home team FC Oss.

All of our predictions, stats and the user poll for FC Oss v NAC Breda are shown below (inc. the best betting odds).

FC Oss will be looking to improve on their last outing here following the 1-3 Eerste Divisie loss in their previous game against Jong AZ.

FC Oss haven’t made the most of their chances of late. Their sum of goals equals just 4 vs opposition teams during their previous 6 outings. In those games, FC Oss have also seen the tally of goals that have gone against them come to 9.

In their last fixture, NAC Breda drew 2-2 in the Eerste Divisie tie with Helmond Sport.

The stats don’t lie, and NAC Breda have been scored against in 6 of their last 6 games, seeing opposing sides hit 8 goals in total. In defence, NAC Breda have been far from perfect. Let’s find out if that trend can be sustained into this next match.

Coming into this fixture, NAC Breda have not been beaten in their last 2 away league matches.

A study of their past head to head meetings stretching back to 07/02/2020 shows that these fixtures have not been good ones for FC Oss. They have not been able to get themselves any wins whatsoever whereas NAC Breda have just been too good for them, finishing as winners in 67% of those games where they have faced each other.

A sum of 13 goals were scored between the two sides in these games, with 2 of them for TOP Oss and 11 created by De Parel van het Zuiden. That is an average goals per game value of 2.17.

The last league clash featuring these sides was Eerste Divisie match day 3 on 19/08/2022 when it ended NAC Breda 1-0 FC Oss.

Thanks to a mainly healthy group, there is just the one fitness problem for the NAC Breda gaffer Ton Lokhoff to be concerned about. Welat Cagro (Knee Surgery) won’t be playing here.

Looking at these two, we feel that NAC Breda and FC Oss could well both score and end up finding themselves in a fairly even game here.

A draw looks like a realistic possibility, but we’ll see what happens. We’re therefore seeing a tight encounter with a 1-1 score draw at the end of the 90. 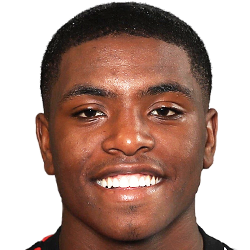 Regularly used in the Striker position, Toshio Lake was born in Netherlands. Having made a first senior appearance for Fortuna Sittard in the 2021 - 2022 season, the gifted Forward has struck 3 league goals in the Eerste Divisie 2022 - 2023 season to date coming from a total of 15 appearances.

We have made these FC Oss v NAC Breda predictions for this match preview with the best intentions, but no profits are guaranteed. Please always gamble responsibly, only with money that you can afford to lose. Best of luck with your selections.