Neftçi face a fresh challenge on Thursday as they head into their upcoming Conference League Qualifiers showdown versus Rapid Vienna.

All of our predictions, stats and the user poll for Rapid Vienna v Neftçi are shown below - as well as up-to-date odds.

Rapid Vienna enter this match coming off the back of a 1-1 Bundesliga stalemate against SC Austria Lustenau.

Their most recent results show that huge efforts have been put in by the Rapid Vienna rearguard. Rapid Vienna have been miserly, seeing the number of goals that have flown into the back of their net during their last six matches standing at 3. We will have to see if that trend will end up being continued on into this next match.

The only player to score from Neftçi was Emin Mahmudov (81').

Looking at their form, and Neftçi have been scored against in 5 of their last 6 matches, seeing their opponents hit 9 goals in total. In defence, Neftçi can certainly do much better.

With a fully injury-free group available for selection, the Neftçi manager Samir Abbasov has zero fitness concerns to report before this match.

We feel that in this game, Rapid Vienna have it within them to be able to create a decent number of chances and shots on target.

Conversely, Neftçi will not find it easy getting goals although we do think it’s probable that they will be managing to get on the scoresheet here.

Therefore, we are anticipating a comfortable 3-1 margin for Rapid Vienna at the end of the 90 minutes. 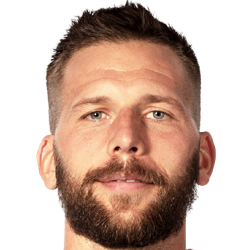 Mostly taking to the field in the Striker position, Guido Burgstaller was born in Villach, Austria. After having played his first senior match for Karnten in the 2006 - 2007 season, the talented Forward has scored a sum of 2 league goals in the Bundesliga 2022 - 2023 campaign so far in a total of 3 appearances.

While we have made these predictions for Rapid Vienna v Neftçi for this match preview with the best of intentions, no profits are guaranteed. Always gamble responsibly, and with what you can afford to lose. Good luck with your selections.