Nîmes face off with away side Rennes at Stade des Costières in the Ligue 1 game on Sunday.

Our Nîmes v Rennes predictions, statistics and match poll can be seen below including the latest game odds.

Nîmes will be hoping for a better result following the 2-1 Ligue 1 defeat in their last game at the hands of Nantes.

In that match, Nîmes managed 66% possession and 17 attempts on goal with 9 of them on target. The scorer for Nîmes was Zinedine Ferhat (57'). FC Nantes had 8 shots at goal with 5 on target. Andrei Girotto (11') and Imran Louza (27') scored for Nantes.

Nîmes have been on a persistent run of goalscoring form, netting every time they’ve gone out to play in their last 6 games.

They’ve claimed a sum of 10 during that time and have conceded a total of 9.

Coming into this meeting, Nîmes have not registered a win against Stade Rennais FC in their last 2 league games.

Rennes come into this game following a 2-1 Ligue 1 win to defeat Montpellier in their most recent fixture.

In their last half-dozen outings, Rennes have amassed a tally of 13 goals. Rennes have also scored in every single one of those games. During those fixtures, they’ve seen 5 goals go into their own net. We will have to see if that trend will be sustained in this game.

Ahead of this clash, Rennes are undefeated in their last 2 league matches away from home.

At the other end, Nîmes got 9 attempts on goal with 2 of them on target. Nolan Roux (1') was the scorer.

It doesn’t get much better regarding selection, with just a single fitness concern for the Nîmes boss Jérôme Arpinon to be concerned with from of an almost fully healthy group of players. Clément Depres (Cruciate Ligament Rupture) will miss out.

Out of a mainly available group, there is just the lone fitness worry for the Rennes gaffer Julien Stéphan to be concerned with. James Léa Siliki (Tear in the abductor muscle) misses out for this game. Players who are serving a ban and are therefore ineligible to play are Martin Terrier and Sacha Boey.

Here, we’re thinking that Nîmes will need to push hard to get anything against this Rennes outfit who we think should get the win and a maybe even keep a clean sheet as well.

That’s why our selection here is for a good battle with a 0-1 winning score for Rennes at the end of this one. 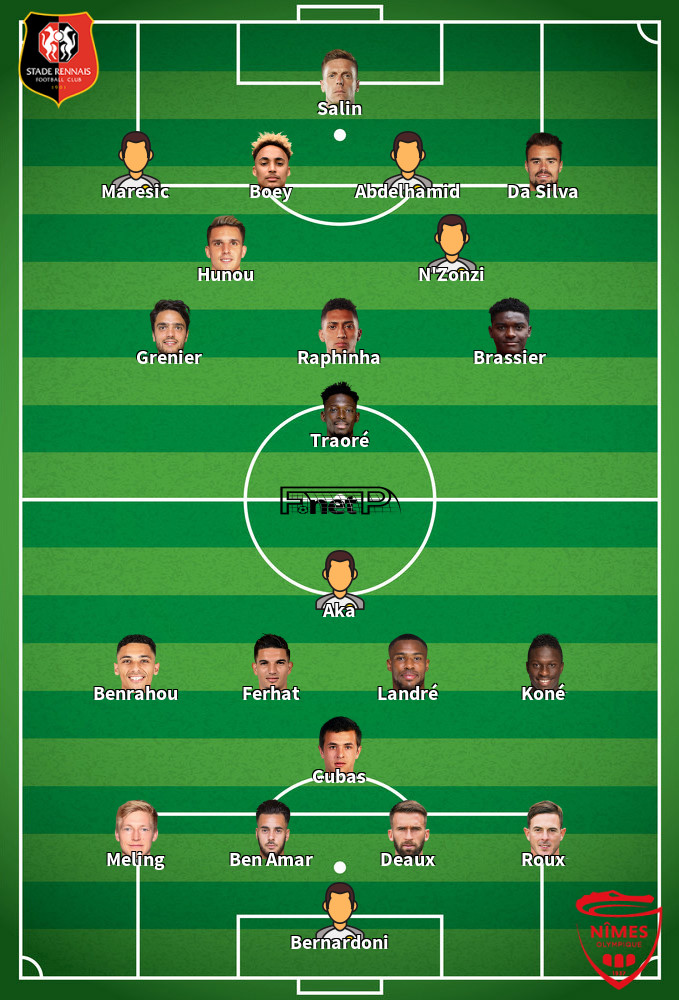 While we have made these predictions for Nîmes v Rennes for this match preview with the best of intentions, no profits are guaranteed. Always gamble responsibly, and with what you can afford to lose. Good luck if you do place a bet today.