The Ligue 1 tie at Parc des Princes on Sunday will see home side PSG play Reims.

Our Paris Saint-Germain v Reims tips, poll and stats can be seen in full below (inc. the best betting odds).

PSG are hoping to win again after their last result, the 0-7 Coupe De France victory over Pays de Cassel.

Fixtures involving Paris Saint-Germain have often been absorbing affairs of late with high scoring the rule rather than the exception. Over their past six clashes alone, the sum total of 21 goals have been scored for both sides combined (at an average of 3.5 goals per game) with 15 of them belonging to Paris Saint-Germain. Such a pattern isn’t assured to follow through here, though.

A look at their previous results shows us that Paris Saint-Germain:

Reims will come into the meeting following a 0-3 Coupe De France win to defeat Herbiers Vendée in their last match.

A succession of steadfast showings by the Reims defence has seen the number of goals they’ve conceded amounting to 2 from their past 6 clashes overall. In that time, their own attack force has managed to score 15.

Analysis of their past results shows that Reims:

Delving into their past head to head meetings going back to 22/01/2020 reveals that these encounters have been disappointments for Reims. They have not been able to get any wins whatsoever whereas PSG have been the better of the two, running out winners in 83 per cent of those match-ups.

A sum of 15 goals were produced between them in these games, with 15 for Les Rouge-et-Bleu and 0 being from Les rouges et blancs. That’s an average goals per game figure of 2.5.

The last league contest between these clubs was Ligue 1 match day 10 on 08/10/2022 which ended up with the score at Reims 0-0 Paris Saint-Germain.

That time, Reims had 37% possession and 24 attempts at goal with 4 on target.

For their opponents, Paris Saint-Germain got 11 attempts at goal with 3 on target.

There aren’t many personnel worries, with just the sole fitness concern for the PSG boss Christophe Galtier to be concerned with due to a largely intact group of players. Presnel Kimpembe (Achilles tendon problems) is out of contention.

With a fully injury-free group available for selection, the Reims boss Will Still has no fitness worries to report ahead of this game.

It certainly seems that Reims could really find it hard to be getting goals against a Paris Saint-Germain lineup who certainly have the ability to create a lot of chances for themselves and convert these into goals.

Our tip is for a very comprehensive 3-0 winning scoreline for Paris Saint-Germain at the end of the game. 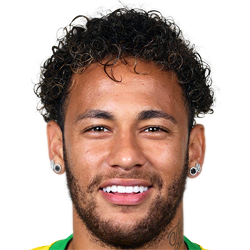 Customarily taking to the field in the Left Wing position, Neymar was born in Mogi das Cruzes , Brazil. After having made a senior debut playing for Santos in the 2009 season, the skilful Forward has accumulated 11 league goals in this Ligue 1 2022 - 2023 campaign to date in a total of 17 appearances.

While we have made these predictions for Paris Saint-Germain v Reims for this match preview with the best of intentions, no profits are guaranteed. Always gamble responsibly, and with what you can afford to lose. We wish you the best of luck.