Strasbourg will face off against visiting team PSG at Stade de la Meinau in this Ligue 1 game on Saturday.

Our Strasbourg v PSG tips, poll and stats can be seen in full below (including the best match odds).

Strasbourg will be looking for a repeat result of a 2-3 Ligue 1 triumph versus Girondins de Bordeaux.

Thierry Laurey's Strasbourg have managed to score a sum total of 6 times in their prior six outings. At the other end, the number of goals that have been scored against them in that time amounts to 6.

Ahead of this clash, Strasbourg haven't won against Paris Saint-Germain in their last 5 league matches.

PSG will go into the game after a 2-3 Champions League win over Bayern Munich in their most recent outing.

In that game, Paris Saint-Germain had 37% possession and 6 attempts at goal with 5 of them on target. For Paris Saint-Germain, the goals were scored by Kylian Mbappé (3', 68') and Marquinhos (28'). For their opponents, Bayern München had 31 attempts at goal with 12 on target. Eric Maxim Choupo-Moting (37') and Thomas Müller (60') scored for Bayern Munich.

Showing their fondness for high-scoring matches, goals have been celebrated 20 times in the prior 6 matches in which Paris Saint-Germain have played, giving a mean average of 3.33 goals for each fixture. Opposing teams have managed 8 from this total. We shall soon find out whether or not that trend will end up being continued on in this game.

A look at their previous results shows us that Paris Saint-Germain:

A review of their past head to head results going back to 17/02/2018 reveals that these fixtures have not been good ones for Strasbourg. They have not been able to get any wins at all whereas PSG have managed to find a way, getting wins in 67 per cent of those ties.

A combined sum of 20 goals were yielded between them in these games, with 5 from Le Racing and 15 coming from Les Rouge-et-Bleu. This gives an average number of goals per game equal to 3.33.

The previous league clash between these sides was Ligue 1 match day 17 on 23/12/2020 which finished with the scoreline of Paris Saint-Germain 4-0 Strasbourg.

On the other side, Strasbourg had 8 shots at goal with 2 on target.

Our assessment is that Strasbourg must be fancied to breach the defence of this PSG lineup, although just one goal probably won’t be as many as they’ll concede.

We’ve gone for both teams to score in a 1-2 winning margin for PSG at full-time. Expecting it to be very competitive. 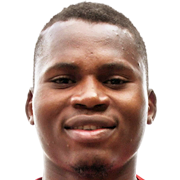 Mostly used in the Striker position, Habib Diallo was born in Thiès, Senegal. Having played his first senior match for FC Metz in the 2015 - 2016 season, the goalscoring Forward has struck 8 league goals in the Ligue 1 2020 - 2021 campaign to date coming from a total of 29 appearances.

While we have made these predictions for Strasbourg v PSG for this match preview with the best of intentions, no profits are guaranteed. Always gamble responsibly, and with what you can afford to lose.