Our full set of predictions, statistics and match poll for Panathinaikos v PAS Giannina can be seen below - as well as the best betting odds.

Panathinaikos prepare for this match following on from a 0-0 Super League tied result versus PAS Giannina.

Fewer than three goals per game were recorded in 5 of the last 6 fixtures where Panathinaikos have been involved. Breaking down the goal weighting in that period, opposing sides scored a total of 4 while Panathinaikos managed a tally of 7.

Taking a look at their past results, Panathinaikos:

The strike force from PAS Giannina have failed to get amongst the goals in their past 6 games, recording the poor return of only 3. In those matches, Ajax of Epirus have also seen the collective goal tally of their opponents equal 13. Such a pattern isn’t assured to follow through into this match, though.

Going into this contest, PAS Giannina haven’t won away from home in the past 9 league matches. Their travelling support will be needed here, for sure.

An examination of their past head to head clashes going back to 12/12/2020 shows that Panathinaikos have won 3 of these and PAS Giannina 2, with the tally of drawn matches being 1.

A combined total of 10 goals were produced between them during those clashes, with 8 from To Trifylli and 2 coming from Ajax of Epirus. That’s an average goals per game figure of 1.67.

The previous league fixture between these sides was Super League match day 9 on 14/05/2022 when the final score was Panathinaikos 4-0 PAS Giannina.

On the other side, PAS Giannina got 5 attempts at goal with 3 of them on target.

The referee was Evangelos Manouhos.

The Panathinaikos boss Ivan Jovanović has a full complement, with no fitness worries whatsoever before this clash owing to a fully healthy squad available for selection.

PAS Giannina manager Thanasis Staikos has multiple availability issues to deal with. Jérôme Prior (Concussion) and Pedro Conde (Cruciate Ligament Rupture) will miss out on this game.

Sadly for them, PAS Giannina won’t be heavily backed to be putting one, if any, goals past a Panathinaikos team who certainly have the ability to control this match all over the pitch and score at will.

We think that it’s going to be a very comprehensive 4-0 winning margin with possibly more for Panathinaikos when the referee blows the final whistle. 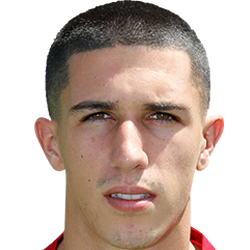 Mostly deployed in the Right Wing position, Aitor Cantalapiedra was born in Barcelona, Spain. Having made a first senior appearance for Villarreal in the 2016 - 2017 season, the skilful Forward has struck 2 league goals in the Super League 2022 - 2023 campaign to date from a total of 4 appearances.

While we have made these predictions for Panathinaikos v PAS Giannina for this match preview with the best of intentions, no profits are guaranteed. Always gamble responsibly, and with what you can afford to lose. Best of luck.