Return to this page a few days before the scheduled game when this expired prediction will be updated with our full preview and tips for the next match between these teams.
Full-Time Result Prediction
👉
Patronato to Win

Rosario Central arrive at Estadio Presbítero Bartolomé Grella on Tuesday for the Superliga tie with home side Patronato.

Our full set of predictions, statistics and match poll for Patronato v Rosario Central can be seen below - as well as up-to-date odds.

Patronato will be hoping to return to winning ways here following the 1-0 Superliga defeat last time out to Racing Club.

In that match, Patronato managed 42% possession and 19 attempts at goal with 7 on target. On the other side, Racing Club had 12 attempts on goal with 5 of them on target. Gabriel Hauche (65') scored for Racing Club.

An interesting aspect of more recent Patronato games is the number of results with a nil in them.

From their previous six clashes leading up to this one, in as many as 5 of them a bet on BTTS would've been a losing one.

In their last game, Rosario Central drew 1-1 in the Superliga match with Estudiantes de La Plata.

It is worth noting that Rosario Central have had real problems scoring goals over their previous 6 games, netting the unsatisfactory return of only 4. In those fixtures, El Canalla have also seen the collective goal aggregate of their opponents equal 5. Previous results aside, we will just have to wait and see if such a trend shall be maintained in this game or not.

Checking on their past head-to-head meetings dating back to 17/09/2016 tells us that Patronato have won 2 of them & Rosario Central 3, with the tally of drawn matches standing at 1.

A combined total of 20 goals were produced between them throughout the course of those matches, with 9 of them from El Patrón and 11 being from El Canalla. That’s an average goals per game figure of 3.33.

The previous league contest featuring the two was Superliga match day 16 on 15/10/2021 which finished with the scoreline of Rosario Central 3-2 Patronato.

The referee was Leandro Rey Hilfer.

The Patronato boss Facundo Sava does not have any fitness worries whatsoever ahead of this game thanks to a completely healthy squad available to select from.

In our opinion, Rosario Central will surely be able to breach the defence of this Patronato outfit, although it may not quite be as many as the goals that they could concede.

We’re tipping both teams to score in a 2-1 win for Patronato at the end of the 90 minutes. 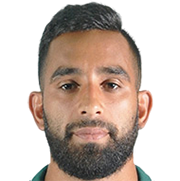 Mostly used in the Striker position, Jonathan Herrera was born in Buenos Aires, Argentina. Having played his first senior match for Central Córdoba in the 2019 - 2020 season, the skilful Forward has scored a sum of 3 league goals in the Primera División 2022 season to date in a total of 11 appearances.

We have made these Patronato v Rosario Central predictions for this match preview with the best intentions, but no profits are guaranteed. Please always gamble responsibly, only with money that you can afford to lose. Best of luck with your selections.