Patronato make the trip to Estadio Eva Perón on Saturday for the Superliga showdown with home team Sarmiento.

For all of our match predictions, pre-game poll and statistics for Sarmiento v Patronato, scroll down (inc. the best betting odds).

Sarmiento have found it difficult to unlock defences of late. Their ‘goals for’ figure stands at just 2 vs opposition teams over their last six matches. In those meetings, Sarmiento have also seen the number of goals scored against them total 12. That sort of pattern isn’t assured to be continued into this match, though.

Patronato will go into the clash following a 1-0 Superliga win in the defeat of Aldosivi in their previous fixture.

The stats tell the story, and Patronato have been scored against in 5 of their last 6 matches, with opponents netting 11 goals in total. In defence, Patronato seem to have a bit of a soft underbelly.

An examination of their past head to head clashes going back to 10/05/2016 tells us that Sarmiento have won 2 of these games and Patronato 3, with the number of drawn matches standing at 1.

A total of 13 goals were scored between them during those clashes, with 5 of them for Verde and 8 coming from El Patrón. That’s an average goals per game figure of 2.17.

On that day, Patronato had 65% possession and 32 attempts at goal with 7 of them on target.

On the other side, Sarmiento got 8 attempts on goal with 3 of them on target. Jonatan Torres (15') scored.

The referee was Fernando Echenique.

Nearly everyone is up for selection, with just one fitness concern for the Sarmiento boss Israel Damonte to be concerned with due to a largely intact squad. Lucas Acosta (Ligament Injury) is sidelined.

With a fully healthy group available to choose from, the Patronato manager Facundo Sava does not have any fitness worries to report before this game.

Our assessment is that Patronato and Sarmiento should both be able to score here although it’s hard to pick a clear winner.

Shouldn’t be much in it, and a draw looks quite a realistic result. We therefore see a very close game with a score draw at the end of this game. 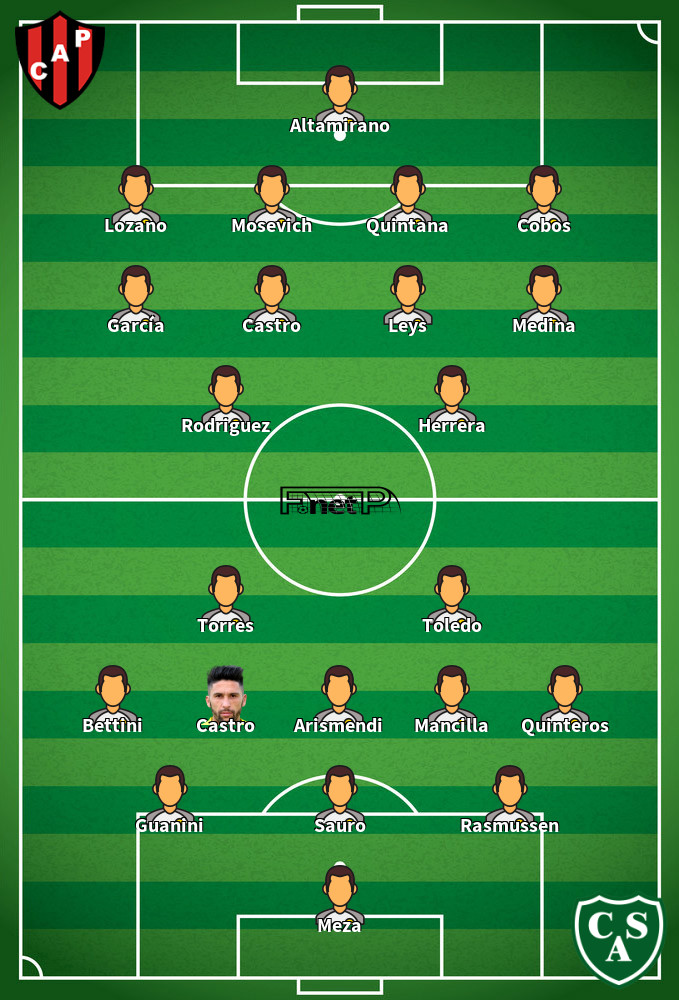 While we have made these predictions for Sarmiento v Patronato for this match preview with the best of intentions, no profits are guaranteed. Always gamble responsibly, and with what you can afford to lose. Good luck if you do place a bet today.