The Serie B clash at Stadio Pier Luigi Penzo on Friday sees home side Venezia play against Perugia.

Scroll down to see all of the predictions, poll and statistics for Venezia v Perugia (inc. the best betting odds).

Venezia won’t want a repeat of their last result here after a 1-0 Serie B defeat last time out to Cittadella.

Venezia have not been in good attacking form of late. Their goals record equals just 4 versus opposition teams over the course of their last 6 outings. In those games, Arancioneroverdi have also seen the number of goals scored against them come to 5.

Going into this encounter, Venezia are unbeaten in their previous 2 league matches at home.

Following on from a loss in their previous game against Trapani in Serie B action, Perugia will be aiming to make amends here.

In that match, Perugia managed 56% possession and 16 attempts on goal with 5 on target. The only player to score for Perugia was Diego Falcinelli (26'). Trapani had 23 shots on goal with 6 of them on target. Fausto Grillo (23') and Gregorio Luperini (92') scored for Trapani.

Serse Cosmi's Perugia have had reason to celebrate scoring a total of 7 times throughout their previous 6 matches. The number of goals that they have conceded during those same matches equals 8.

Inspecting their past head to head meetings stretching back to 12/11/2017 shows that Venezia have won 3 of these & Perugia 2, with the tally of drawn results standing at 1.

A combined total of 13 goals were scored between the two sides in these games, with 8 of them from Arancioneroverdi and 5 for Perugia. That’s an average goals per game figure of 2.17.

That time, Perugia managed 48% possession and 12 attempts at goal with 2 of them on target.

For their opponents, Venezia had 10 attempts at goal with 2 on target. Adriano Montalto (25') scored.

Regarding absentees, there’s just the sole fitness concern for the Venezia boss Alessio Dionisi to be concerned about thanks to an almost full-strength group. Alexandre Pimenta (Cruciate Ligament Rupture) is out of contention.

Thanks to a fully injury-free group available to choose from, Perugia manager Serse Cosmi has no fitness concerns to report before this clash. Marco Albertoni will not be able to play in this game through being suspended.

We feel that Perugia and Venezia could both end up scoring in a what should be a good tussle with little between the two teams.

There should be little in it, and a draw looks to be quite a realistic result. We’re therefore predicting a very even match with a score draw at the end of the 90 minutes. 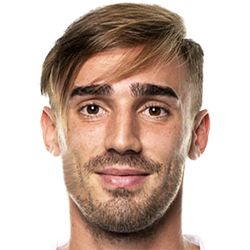 Typically taking up the Striker position, Alessandro Capello was born in Bologna, Italy. Having played his first senior match for Varese in the 2014 - 2015 season, the dangerous Forward has struck 6 league goals in the Serie B 2019 - 2020 campaign to date from a total of 37 appearances.

We have made these Venezia v Perugia predictions for this match preview with the best intentions, but no profits are guaranteed. Please always gamble responsibly, only with money that you can afford to lose. Best of luck.