Stoke City will do battle with the visiting Peterborough United at Bet365 Stadium in the Championship fixture on Saturday.

Full predictions, pre-match stats and user poll for Stoke City v Peterborough United are shown on this page (plus the best game odds).

Stoke City are hoping to win again after their last result, a 0-1 Championship success vs Luton Town.

Over their preceding six fixtures, Michael O'Neill's Stoke City have hit the target a total of 7 times - an average number of goals per match equal to 1.17.

Ahead of this meeting, Stoke City haven’t won at home in the past 2 league games.

Following on from being beaten in their last game against Fulham in Championship competition, Peterborough United and their travelling fans will hope for a better result here.

The stats don’t lie, and Peterborough United have been scored against in 6 of their last 6 games, conceding 9 goals in all. Defensively, Peterborough United can certainly do much better. Previous results aside, we will just have to wait and see whether that trend will be maintained in this next game.

A quick look at their past head to head meetings stretching back to 19/02/1994 shows that these fixtures have ended in disappointment for Peterborough United. They’ve not managed to come away with any victories at all while Stoke City have been dominant against them, getting wins in 83% of those ties.

A total of 16 goals were scored between the two sides throughout the course of those matches, with 14 of them from The Potters and 2 being from The Posh. This gives an average number of goals per game equal to 2.67.

The Stoke City manager Michael O'Neill will be happy not to have any fitness concerns whatsoever ahead of this game owing to a completely injury-free squad to choose from.

Thanks to a completely healthy squad ready to go, the Peterborough United boss Darren Ferguson has zero fitness worries whatsoever ahead of this game.

In our view, Stoke City can and should convert a lot of goal-scoring opportunities.

At the other end, Peterborough United may well find it hard to make a breakthrough although we do reckon that they could well end up scoring here.

Accordingly, we see a fairly comfortable 3-1 winning margin for Stoke City at the end of the 90 minutes. 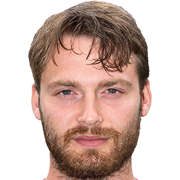 Typically taking to the field in the Central Attacking Midfielder position, Nick Powell was born in Crewe, England. Having played his first senior match for Crewe Alexandra in the 2010 - 2011 season, the talented Midfielder has scored 5 league goals in this Championship 2021 - 2022 season so far in a total of 9 appearances.

We have made these Stoke City v Peterborough United predictions for this match preview with the best intentions, but no profits are guaranteed. Please always gamble responsibly, only with money that you can afford to lose.