Preston North End will be hosting visiting team Stoke City at Deepdale in the Championship game on Saturday.

Our predictions, user poll and statistics for Preston North End v Stoke City can be found here - along with the latest match odds.

Preston North End will be hoping for a better result following a 0-2 EFL Cup loss in their previous game against Brighton & Hove Albion.

It’s been all too rare in recent times that Preston North End have managed to hold out for a full 90 minutes. The reality is that The Lilywhites have seen their defence breached in 5 of their previous 6 games, letting in 7 goals during that time.

Going into this one, Preston North End haven't lost in the league to Stoke City in their last 5 games.

Stoke City will go into this encounter following on from a 1-0 EFL Cup win in the defeat of Gillingham in their previous fixture.

In that match, Stoke City managed 76% possession and 14 attempts at goal with 5 of them on target. The scorer for Stoke City was Tyrese Campbell (37').

A series of very capable displays by the Stoke City defenders has resulted in the number of goals they’ve conceded standing at 3 from their last 6 clashes in total. During the same period of time, the number of goals that they have scored themselves amounts to 6. Previous results aside, we must now wait to see whether such a trend will continue on in this game or not.

Checking on their most recent head-to-head clashes stretching back to 19/01/2008 shows us that Preston North End have won 4 of these games and Stoke City 1, with the tally of drawn results standing at 1.

A combined total of 18 goals were yielded between them throughout the course of those matches, with 12 from The Lilywhites and 6 netted by The Potters. That’s an average goals per game of 3.

The previous league fixture between the two was Championship match day 32 on 12/02/2020 which ended up with the score at Stoke City 0-2 Preston North End.

In that match, Stoke City had 50% possession and 14 shots on goal with 5 of them on target.

On the other side, Preston North End had 4 attempts on goal with 3 of them on target. Alan Browne (58') and Tom Barkhuizen (75') scored.

Preston North End boss Alex Neil will be grateful to have no fitness worries whatsoever before this clash owing to a completely injury-free group to pick from.

With a fully injury-free squad ready to go, Stoke City boss Michael O'Neill has zero fitness concerns to report coming into this game.

In our view, Stoke City and Preston North End could both end up scoring in what appears to be a good match-up, with little separating these two teams.

Let’s see what happens, but it could well be that we end up with scores level. We’re therefore expecting a very close game with a 1-1 scoreline at full-time. 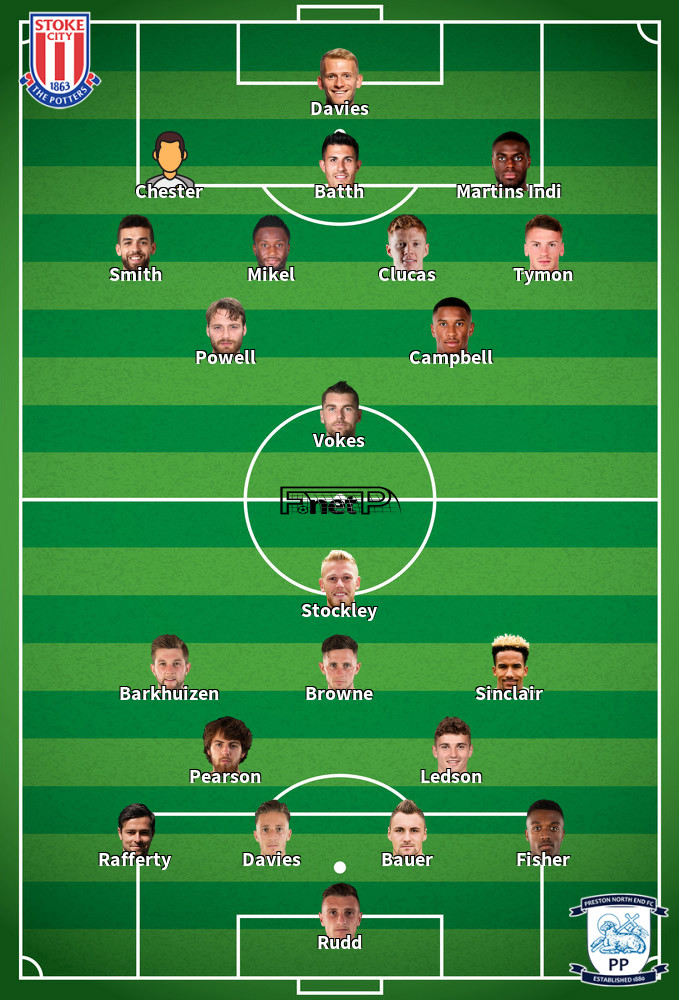 We have made these Preston North End v Stoke City predictions for this match preview with the best intentions, but no profits are guaranteed. Please always gamble responsibly, only with money that you can afford to lose. Best of luck.