The two sides are preparing for MLS action happening on Sunday as Real Salt Lake come up against San Jose Earthquakes.

Our Real Salt Lake v San Jose Earthquakes tips, poll and stats can be seen in full below (inc. the best betting odds).

Real Salt Lake will be hoping for a better result following a 2-1 MLS loss in their previous game against Vancouver Whitecaps.

Over their preceding 6 fixtures, Pablo Mastroeni's Real Salt Lake have hit the back of the net 9 times resulting in an average number of goals scored per match of 1.5.

In that game, San Jose Earthquakes managed 55% possession and 11 attempts at goal with 6 on target. Nashville got 14 shots on goal with 6 of them on target.

Demonstrating their penchant for high-scoring encounters, goals have been seen as many as 20 times in the previous 6 games in which San Jose Earthquakes have taken to the field, making it an average of 3.33 goals per clash. Their opponents have hit 11 of this grand total. Nonetheless, it remains to be seen if the trend will be replicated in this next match.

Looking over their prior head to head meetings dating back to 12/09/2019 shows that Real Salt Lake have won 2 of them & San Jose Earthquakes 4, with the tally of drawn games being 0.

Loads of goals were seen in those games, too - 27 in all at an average of 4.5 goals per meeting.

The last league meeting between these sides was MLS match day 44 on 30/10/2021 which ended up with the score at Real Salt Lake 3-4 San Jose Earthquakes.

San Jose Earthquakes boss Alex Covelo has to choose from a squad that has some fitness concerns. Javier López (Fitness) and George Asomani (Hip Injury) will miss out on this game.

It looks to us that Real Salt Lake should really score at least once when they line up against San Jose Earthquakes, who might well find it a difficult task getting goals.

We’re predicting a 2-0 margin for Real Salt Lake by the time that the referee blows the final whistle. 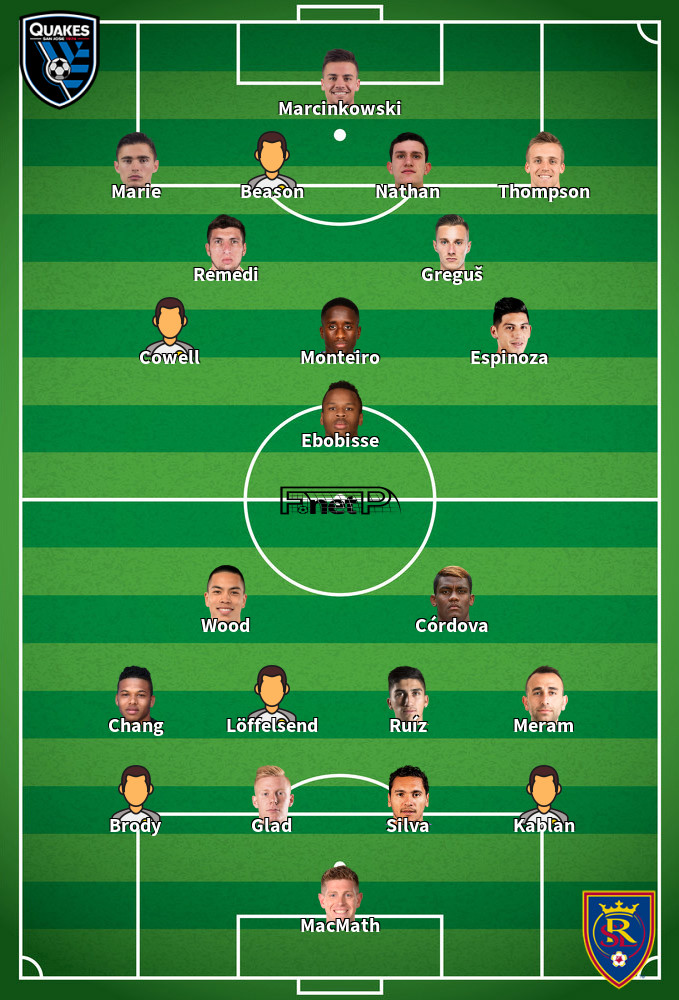 We have made these Real Salt Lake v San Jose Earthquakes predictions for this match preview with the best intentions, but no profits are guaranteed. Please always gamble responsibly, only with money that you can afford to lose. Best of luck.