Return to this page a few days before the scheduled game when this expired prediction will be updated with our full preview and tips for the next match between these teams.
Braga head to Estádio do Rio Ave on Tuesday for the Primeira Liga game with home team Rio Ave. View all Rio Ave v Braga tips, stats and our pre-match poll below (plus the best game odds).

Carlos Carvalhal's Rio Ave have managed to score a sum total of 7 times in their past 6 outings. The corresponding number of goals that they have conceded in those games is 7.

Braga come into this clash following a 3-2 Primeira Liga win in the defeat of Vitória Guimarães in their previous match. In that game, Braga had 54% possession and 14 attempts on goal with 3 on target. For Braga, the goalscorers were Paulinho (1'), Trincão (42') and Galeno (65'). Vitória Guimarães got 16 shots at goal with 4 of them on target. André André (15') and Bruno Duarte (35') scored for Vitória Guimarães.

The numbers tell their own story, and Braga have been scored against in 5 of their last 6 games, with opponents netting 8 goals in all. In defence, Os Arcebispos just haven’t been too solid at all. We will just have to see whether or not that trend will be sustained in this game.

Coming into this clash, Braga haven’t won away from home in the past 2 league matches.

A review of their most recent head to head meetings stretching back to 02/02/2017 shows us that Rio Ave have won 2 of them & Braga 3, with the number of drawn results standing at 1.

An aggregate of 12 goals were scored between the two sides in this period, with 5 of them from Rio Grande and 7 created by Os Arcebispos. That’s an average goals per game of 2.

There aren’t many personnel worries, with just one fitness concern for the Rio Ave gaffer Carlos Carvalhal to be concerned about from of an almost fully healthy squad. Nikola Jambor (Knee Surgery) is out of contention. Suspended players who are serving a ban for this game are Al Musrati, Nuno Santos and Diogo Figueiras.

Our thinking is that Rio Ave will need things to go their way to breach the defence of this Braga lineup who we reckon should end up scoring and staying ahead. With that in mind, we reckon that it will be a very competitive encounter with a 0-1 advantage for Braga at the end of this one. A close call.

Over/Under 2.5 Goals Prediction for Rio Ave vs Braga
Under 2.5 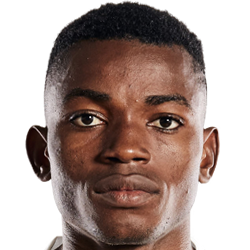 Regularly played in the Striker position, Gelson Dala was born in Luanda, Angola. Having made his senior debut playing for Sporting CP in the 2016 - 2017 season, the talented Forward has got 5 league goals in this Primeira Liga 2019 - 2020 campaign to date in 9 appearances.

We have made these Rio Ave v Braga predictions for this match preview with the best intentions, but no profits are guaranteed. Please always gamble responsibly, only with money that you can afford to lose. Good luck with your selections.