Sporting Lisbon will arrive at Estádio do Rio Ave on Wednesday for the Primeira Liga meeting with home side Rio Ave.

Our predictions, user poll and statistics for Rio Ave v Sporting Lisbon can be found here - as well as up-to-date odds.

Rio Ave go into this fixture coming off the back of a 0-0 Primeira Liga stalemate versus Portimonense.

In that game, Rio Ave had 52% possession and 11 shots on goal with 2 of them on target. Portimonense got 6 attempts at goal with 1 on target.

Under three goals per game were recorded in 5 of the last 6 meetings where Rio Ave have taken part. With regard to the goal distribution in this period, opposition teams scored a total of 7 and Rio Grande totted up 4. Such a pattern won’t necessarily be sustained into this match, however.

Sporting Lisbon go into this game following a 2-0 Primeira Liga win vs Nacional in their previous outing.

In that game, Sporting Lisbon managed 70% possession and 19 attempts on goal with 8 on target. For Sporting Lisbon, goals were scored by Zouhair Feddal (83') and Jovane Cabral (90'). Nacional got 2 shots at goal with 1 on target.

Over the course of 5 of the prior 6 clashes involving Sporting Lisbon, a comparatively low number of goals have been scored between them and their opponents. The overall average goals scored per game during that period comes out as a paltry 2, with the average goals for Sportinguistas being 1.33.

A glance at their past head to head clashes stretching back to 18/03/2018 shows us that Rio Ave have won 1 of them and Sporting Lisbon 3, with the tally of drawn matches standing at 2.

A combined sum of 18 goals were yielded between them throughout the course of those matches, with 6 of them from Rio Grande and 12 for Sportinguistas. This gives an average number of goals per game equal to 3.

The previous league clash between the two was Primeira Liga match day 14 on 15/01/2021 when it finished Sporting Lisbon 1-1 Rio Ave.

In that match, Sporting Lisbon had 67% possession and 14 attempts on goal with 4 on target. The scorer was Pedro Gonçalves (42').

The referee was Hélder Malheiro.

Sporting manager Rúben Amorim has a number of players out of action. Pedro Porro (Unknown Injury) and Tabata (Knee Injury) are those who can’t be considered.

We’re of the opinion that Rio Ave will likely be able to breach the defence of this Sporting Lisbon outfit, but one goal probably shouldn’t be as many as the goals that they could concede.

We can see a narrow 1-2 winning margin for Sporting Lisbon when all is said and done. Let’s see what eventuates. 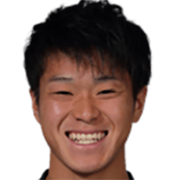 Usually taking up the Left Wing position, Ryotaro Meshino was born in Osaka, Japan. After having made a senior debut playing for Gamba Osaka in the 2018 season, the skilful Forward has contributed 3 league goals in the Primeira Liga 2020 - 2021 campaign so far in a total of 16 appearances.

We have made these Rio Ave v Sporting Lisbon predictions for this match preview with the best intentions, but no profits are guaranteed. Please always gamble responsibly, only with money that you can afford to lose. Best of luck with your selections.