Torino head to Stadio Olimpico di Roma on Sunday for the Serie A game with home team Roma.

Our Roma v Torino predictions, statistics and match poll can be seen below - plus the latest match odds.

Roma, who won their previous game, will hope for a similar result following the 4-0 Conference League success versus Zorya Luhansk.

Roma haven’t had any problems with scoring, finding the back of the net in one hundred percent of their last 6 games.

They have claimed a sum of 13 during that time while also conceding a total of 8. We will have to find out if that trend will be continued on in this game.

Going into this one, Roma are without a win at home for the past 2 league matches.

Torino will go into this game following on from a 2-1 Serie A win to defeat Udinese in their previous match.

In that game, Torino managed 52% possession and 14 shots at goal with 4 of them on target. For Torino, goals were scored by Josip Brekalo (8') and Bremer (48'). At the other end, Udinese got 17 attempts on goal with 7 on target. Fernando Forestieri (77') was the scorer for Udinese.

The stats tell the story, and Torino have been scored against in 5 of their last 6 games, letting opponents get 6 goals in total. At the back, Torino certainly have room for improvement.

Going into this contest, Torino haven’t won away from home in the past 4 matches in the league.

A review of their most recent head-to-head clashes going back to 19/08/2018 shows us that Roma have won 4 of these games & Torino 2, with the tally of drawn matches standing at 0.

A combined total of 21 goals were scored between the two sides in this period, with 11 for i Giallorossi and 10 being from Il Toro. The average number of goals per game works out to 3.5.

The previous league match between these clubs was Serie A match day 31 on 18/04/2021 and the score finished Torino 3-1 Roma.

On the other side, Roma had 9 shots at goal with 4 on target. Borja Mayoral (3') was the scorer.

The Roma manager José Mourinho doesn’t have any fitness concerns whatsoever ahead of this game owing to a completely injury-free squad available to choose from.

Due to a completely healthy squad to pick from, the Torino boss Ivan Jurić does not have any fitness worries whatsoever ahead of this clash.

We’ve got the feeling that Roma are likely to convert a lot of goal-scoring opportunities.

In contrast, Torino might well find it a difficult task getting goals but we do think that it’s more than likely that they will be getting enough chances to score, too.

Accordingly, we see a decent 3-1 victory for Roma at full-time. 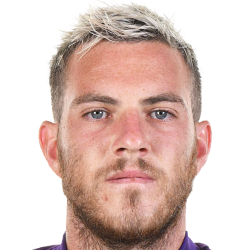 Typically playing in the Centre Midfield position, Jordan Veretout was born in Ancenis, France. After making a first senior appearance for Nantes in the 2010 - 2011 season, the skilful Midfielder has netted 4 league goals in this Serie A 2021 - 2022 season so far in a total of 13 appearances.

We have made these Roma v Torino predictions for this match preview with the best intentions, but no profits are guaranteed. Please always gamble responsibly, only with money that you can afford to lose. Good luck if you do place a bet today.