Our Sochi v Rotor Volgograd predictions, statistics and match poll can be seen below (plus the best game odds).

Sochi fans will want a repeat of their previous result, being the 1-3 Premier League triumph vs FC Krasnodar.

Fixtures involving Sochi have proved to be lively encounters of late with high scoring the rule rather than the exception. Over their past 6 games alone, the sum total of 21 goals have been recorded for both sides combined (at an average of 3.5 goals per game) with 14 of them belonging to Belo-sinie. Having said that, we’ll just have to find out if such a trend will continue on here in this match or not.

Rotor Volgograd will go into this encounter following on from a 1-0 Premier League win vs Terek Grozny in their previous outing.

A tendency of at least one team not scoring a goal in games involving Rotor Volgograd has become apparent of late. Checking on their last six meetings reveals that this has happened 6 times. In these clashes, opposing sides have hit a goal total of 17 while Rotor have scored 1.

Ahead of this clash, Rotor Volgograd are without a win away from home in their last 3 matches in the league.

The previous league match between these sides was Premier League match day 4 on 22/08/2020 when it finished Rotor Volgograd 1-2 Sochi.

The match was refereed by Sergey Ivanov.

Due to a completely injury-free group available to select from, Rotor Volgograd boss Yuri Baturenko does not have any fitness concerns to speak of before this match.

It looks to us like Rotor Volgograd will surely find it tough to break down a Sochi team who should be able to win well here. 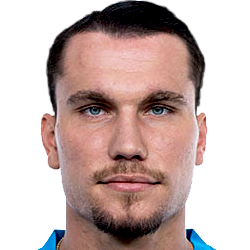 Customarily playing in the Striker position, Anton Zabolotny was born in Russia. After having made a senior debut playing for Tosno in the 2017 - 2018 season, the gifted Forward has struck 9 league goals in the Premier League 2020 - 2021 season so far coming from a total of 25 appearances.

While we have made these predictions for Sochi v Rotor Volgograd for this match preview with the best of intentions, no profits are guaranteed. Always gamble responsibly, and with what you can afford to lose. We wish you the best of luck.