Return to this page a few days before the scheduled game when this expired prediction will be updated with our full preview and tips for the next match between these teams.
Full-Time Result Prediction for Salernitana vs Trapani
Salernitana to Win
Salernitana meet visitors Trapani at Stadio Arechi in this Serie B tie on Monday.

We’re thinking that Trapani will have to play well to see themselves scoring against this Salernitana outfit who we think might well emerge victorious. We’re therefore seeing a good battle with a 1-0 winning margin for Salernitana when all is said and done. Looking forward to watching this one unfold. All Salernitana v Trapani match predictions, user poll and stats are shown below - plus the latest betting odds.

Going into this contest, Salernitana are undefeated in their last 8 home league matches. A run that they'll hope to extend here. 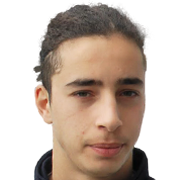 Customarily taking to the field in the Centre Midfield position, Sofian Kiyine was born in Verviers, Belgium. Having played his first senior match for Chievo Verona in the 2016 - 2017 season, the accomplished Midfielder has accumulated 7 league goals in the Serie B 2019 - 2020 campaign to date in a total of 20 appearances.

We have made these Salernitana v Trapani predictions for this match preview with the best intentions, but no profits are guaranteed. Please always gamble responsibly, only with money that you can afford to lose.