Sandefjord are the guests at Intility Arena on Sunday for the Eliteserien meeting with hosts Vålerenga.

For all of our match predictions, pre-game poll and statistics for Vålerenga v Sandefjord, scroll down (inc. the best betting odds).

Vålerenga will be hoping for a better result following the 3-2 Eliteserien losing effort in their last game against Kristiansund.

Vålerenga have been on a persistent run of goalscoring form, netting in each and every one of their last 6 games.

They have hit an aggregate of 13 during that period and have conceded a total of 6.

Ahead of this clash, Vålerenga are undefeated in their last 5 home league matches.

Following on from a losing effort in their last game against ODD Grenland in Eliteserien competition, Sandefjord and their fans will hope to get a better result this time.

Their previous form shows that Sandefjord:

Inspecting their prior head-to-head meetings going back to 05/08/2018 tells us that Vålerenga have won 4 of these and Sandefjord 1, with the number of drawn matches standing at 1.

A total of 21 goals were produced between them in this period, with 13 of them from Enga and 8 netted by Guttane. That’s an average goals per game figure of 3.5.

The previous league game between these clubs was Eliteserien match day 5 on 08/05/2022 which ended up with the score at Sandefjord 1-3 Vålerenga.

On that occasion, Sandefjord managed 60% possession and 14 attempts at goal with 5 on target. Goals were scored by Jesper Taaje (9' Own goal) and Alexander Ruud Tveter (74').

There aren’t many personnel worries, with just the lone fitness concern for the Vålerenga boss Dag-Eilev Fagermo to contend with due to a largely intact squad. Christian Dahle Borchgrevink (Knee Injury) is out of contention.

Thanks to a largely full-strength group of players, there’s only the one fitness problem for the Sandefjord boss Hans Erik Ødegaard to contend with. Sander Moen Foss (Cruciate Ligament Rupture) won’t be in action.

We are inclined to think that Guttane could decide to make use of a 4-3-3 lineup by sending out Jacob Storevik, Mats Haakenstad, Jesper Taaje, Quint Jansen, F. Mani Paalerud, Keanin Ayer, W. Albin Kurtovic, Amer Ordagic, Mohamed Ofkir, A. Ruud Tveter and Rufo.

In this game, Sandefjord must be fancied to put a goal past this Vålerenga lineup, however it may not quite be as many as the goals that they could concede.

We’re going for a very close game with a 2-1 winning margin for Vålerenga when the full-time whistle blows. Should be a good one. 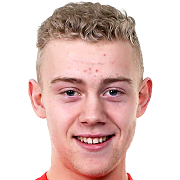 Customarily used in the Centre Midfield position, Henrik Bjørdal was born in Norway. After making a first senior appearance for Aalesunds FK in the 2013 season, the talented Midfielder has got 4 league goals in the Eliteserien 2022 campaign so far in 17 appearances.

While we have made these predictions for Vålerenga v Sandefjord for this match preview with the best of intentions, no profits are guaranteed. Always gamble responsibly, and with what you can afford to lose. Good luck!