Return to this page a few days before the scheduled game when this expired prediction will be updated with our full preview and tips for the next match between these teams.
Full-Time Result Prediction
👉
Yokohama F. Marinos to Win

The forthcoming J. League Cup fixture on Wednesday will see Yokohama F. Marinos up against their opponents, Sanfrecce Hiroshima.

Our tips, poll and stats for Yokohama F. Marinos v Sanfrecce Hiroshima can all be found here (plus the best game odds).

Yokohama F. Marinos won’t want a repeat of their last result here after the 2-1 J1 League defeat last time out to Kawasaki Frontale.

Matches featuring Yokohama F. Marinos have often been engaging ones recently with a lot of goalmouth action being a common characteristic. Over their past 6 games, a total of 20 goals have flown in for both teams combined (at an average of 3.33 goals per game) with 11 of those accredited to Yokohama F. Marinos.

Sanfrecce Hiroshima head into the meeting following on from a 0-2 J1 League win versus Kashima Antlers in their previous fixture.

A look at their prior head to head clashes going back to 28/10/2020 shows us that Yokohama F. Marinos have won 2 of these games and Sanfrecce Hiroshima 3, with the tally of drawn matches standing at 1.

There’s just a single fitness concern for the Yokohama F. Marinos gaffer Kevin Muscat to be concerned about thanks to an almost full-strength squad. Ryo Miyaichi (Cruciate Ligament Rupture) misses out.

Due to a mostly full-strength group of players, there is just the lone fitness problem for the Sanfrecce Hiroshima boss Michael Skibbe to contend with. Shunki Higashi (Compartment syndrome) won’t be playing here.

We’ve got the feeling that Sanfrecce Hiroshima should be able to find the net against this Yokohama F. Marinos outfit, although that realistically won’t be as many as the goals that they could concede.

Our selection here is for a 2-1 winning margin for Yokohama F. Marinos by the conclusion of the game. Looking forward to seeing how this one unfolds. 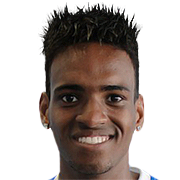 Regularly played in the Striker position, Anderson Lopes was born in Recife, Brazil. After having played his first senior match for Avaí in the 2015 season, the goalscoring Forward has hit 7 league goals in this J1 League 2022 campaign to date in a total of 17 appearances.

While we have made these predictions for Yokohama F. Marinos v Sanfrecce Hiroshima for this match preview with the best of intentions, no profits are guaranteed. Always gamble responsibly, and with what you can afford to lose. Good luck if you do place a bet today.