VVV-Venlo will be looking for a repeat result of the 1-4 Eredivisie success vs ADO Den Haag.

Venlose trots have not been the best at stopping their opponents lately, but they’ve also done enough to convert their own chances into goals. Looking at their last 6 games, Venlose trots have conceded in 6 of them as well as scoring in 5 of those games.

Coming into this meeting, VVV-Venlo have not won against SC Heerenveen in their previous 13 league games. That has got to hurt.

In the game prior to this, SC Heerenveen drew 1-1 in the Eredivisie match with RKC Waalwijk.

SC Heerenveen have had no problems opening up opposition defences of late, scoring 6 times in their last 6 matches. While their manager Johnny Jansen will no doubt take that as a positive sign, De Superfriezen have been somewhat leaky at the back, having also been scored against in 6 of those same clashes. Let’s find out whether or not that trend can be sustained in this game.

Looking at their past form shows that SC Heerenveen:

Looking over their past head-to-head meetings going back to 14/04/2018 shows that VVV-Venlo have won 0 of these and SC Heerenveen 3, with the number of drawn games standing at 3.

An aggregate of 14 goals were yielded between them in this period, with 4 for Venlose trots and 10 for De Superfriezen. This gives an average number of goals per game equal to 2.33.

The previous league contest between the two was Eredivisie match day 3 on 26/09/2020 which finished with the scoreline of SC Heerenveen 1-0 VVV-Venlo.

VVV-Venlo manager Hans de Koning has zero fitness concerns whatsoever ahead of this game owing to a fully injury-free group ready to go.

Heerenveen manager Johnny Jansen has to contend with a number of unavailable players. Ulysses Llanez (Knock) and Sherel Floranus (Corona virus) are names that won’t be on the team sheet.

We feel that VVV-Venlo may find it difficult to break down this SC Heerenveen lineup who we think will likely get a goal themselves and run out victorious.

Our tip is therefore for a hard-fought contest, finishing with a 0-1 win for SC Heerenveen at the end of the match. 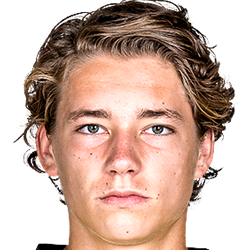 Normally played in the Centre Midfield position, Evert Linthorst was born in Venlo, Netherlands. After having made a senior debut playing for VVV-Venlo in the 2017 - 2018 season, the goalscoring Midfielder has scored 2 league goals in this Eredivisie 2020 - 2021 season to date coming from a total of 14 appearances.

While we have made these predictions for VVV-Venlo v SC Heerenveen for this match preview with the best of intentions, no profits are guaranteed. Always gamble responsibly, and with what you can afford to lose. Good luck if you do place a bet today.