For all of our match predictions, pre-game poll and statistics for Shelbourne v Sligo Rovers, scroll down - plus the latest match odds.

Shelbourne will want to continue from where they left off last time out with the 0-1 Premier Division success vs Waterford.

The only scorer from Shelbourne was Ryan Brennan (84').

It’s been all too rare in recent times that Shelbourne haven’t conceded. In fact, The Shels have seen their defence breached in 5 of their previous 6 games, leaking 10 goals during that time. However, we must now wait to see if that trend shall persist in this next game.

Heading into this contest, Shelbourne are without a home win in the past 5 league games. Their fans aren't happy.

After a loss in their previous game against Shamrock Rovers in Premier Division action, Sligo Rovers will be aiming to make amends here.

The trend of at least one team not managing to score in games involving Sligo Rovers has been fairly consistent recently. A glance at their last six games shows that this has happened 5 times. During those clashes, opposing sides have managed a goal tally of 7 while The Bit o' Red have scored 4.

Going into this contest, Sligo Rovers haven’t won away from home in the past 4 league games.

A quick look at past results between these clubs stretching back to 18/05/2012 tells us that these fixtures have not been happy ones for Shelbourne. They’ve not been able to get any wins at all while Sligo Rovers have maintained the edge over them, getting wins in 100% of those match-ups.

A sum of 16 goals were produced between them in these games, with 2 for The Shels and 14 netted by The Bit o' Red. That’s an average goals per game of 2.67.

Shelbourne boss Ian Morris does not have any fitness worries whatsoever ahead of this match with a completely injury-free group to pick from.

Due to a completely healthy group ready to go, Sligo Rovers boss Liam Buckley does not have any fitness concerns to speak of coming into this match.

We’re inclined to think that Sligo Rovers will have a tough ask to get anything against this Shelbourne team who we think will manage to get a goal of their own in a winning performance.

We’re going for a narrow 1-0 winning score for Shelbourne at the end of the 90 minutes.

Over/Under 2.5 Goals Prediction for Shelbourne vs Sligo Rovers
Under 2.5 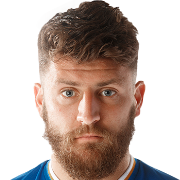 Mostly played in the Centre Midfield position, Gary Deegan was born in Dublin, Rep. Ireland. After having played his first senior match for Galway United in the 2008 season, the goalscoring Midfielder has hit 2 league goals in this Premier Division 2020 season so far from a total of 15 appearances.

While we have made these predictions for Shelbourne v Sligo Rovers for this match preview with the best of intentions, no profits are guaranteed. Always gamble responsibly, and with what you can afford to lose. Best of luck.