All of our predictions, stats and the user poll for Toulouse v SM Caen are shown below - along with the latest match odds.

Toulouse, buoyed by their previous result, will be hoping for more of the same after a 0-2 Ligue 2 triumph against USL Dunkerque.

For Toulouse, the goalscorers were Mikkel Desler (30') and Brecht Dejaegere (67').

Toulouse haven’t been able to stop scoring goals, finding the back of the net in each and every one of their last 6 matches.

They’ve totted up the amount of 13 during that time and have conceded a total of 4. In any event, we will just have to wait and see if that trend might be sustained in this game or not.

A look at their previous results shows us that Toulouse:

After a loss in their previous game against Dijon in Ligue 2 action, SM Caen will be hoping to turn things around here.

For 5 of the prior six games involving SM Caen, a notably low volume of goals have gone in between them and their opposition. The overall average number of goals per game within that spell comes to a meagre 1.5, with the number of goals averaged by Caen equalling 0.5.

Analysis of their past results shows that SM Caen:

Looking at their past head-to-head clashes dating back to 09/12/2017 shows that Toulouse have won 2 of these games & SM Caen 1, with the tally of drawn games being 3.

14 goals were shared by the two clubs in these games, with 9 for Toulouse and 5 created by Caen. That’s an average goals per game figure of 2.33.

On that occasion, Toulouse had 63% possession and 16 attempts at goal with 6 of them on target. The goalscorers were Brecht Dejaegere (30'), Vakoun Issouf Bayo (67') and Nathan N'Goumou (81').

On the other side, SM Caen had 15 shots at goal with 6 of them on target.

The Toulouse manager Philippe Montanier has zero fitness concerns whatsoever coming into this match thanks to a completely healthy group to pick from.

In this game, Toulouse have it within them to stay in control for long periods of time and should be able to convert a few of the chances that they create.

At the same time, SM Caen may well find it hard to score although we do think that they will probably end up pulling one back during this clash, too.

Our tip is for a 3-1 margin for Toulouse at full-time. 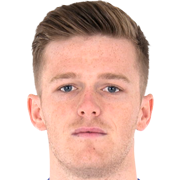 Mostly used in the Striker position, Rhys Healey was born in Manchester, England. Having made a first senior appearance for Cardiff City in the 2013 - 2014 season, the skilful Forward has struck 4 league goals in this Ligue 2 2021 - 2022 campaign so far from a total of 8 appearances.

We have made these Toulouse v SM Caen predictions for this match preview with the best intentions, but no profits are guaranteed. Please always gamble responsibly, only with money that you can afford to lose. Good luck!