Return to this page a few days before the scheduled game when this expired prediction will be updated with our full preview and tips for the next match between these teams.
Watford will be taking on visiting club Southampton at Vicarage Road Stadium in the Premier League clash on Sunday. Our Watford v Southampton tips, poll and stats can be seen in full below - as well as the best betting odds.

It has been all too rare in recent times where Watford have managed to hold out for a full 90 minutes. The facts show that The Hornets have been scored against in 5 of their previous 6 games, leaking 7 goals in the process. We will find out whether or not that trend will be continued on in this game.

Their past results show that Watford:

After tasting defeat last time out to Arsenal in Premier League action, Southampton and their travelling fans will hope for a better result here. In that match, Southampton had 52% possession and 12 shots on goal with 3 on target. On the other side, Arsenal got 10 attempts on goal with 5 on target. Eddie Nketiah (20') and Joe Willock (87') scored for Arsenal.

Ralph Hasenhüttl's Southampton have managed to stick the ball in the net a total of 7 times throughout their latest 6 matches. The number of goals that they have conceded during those matches comes to 8.

Looking at the pre-match facts, Southampton:

A look at their prior head-to-head clashes dating back to 09/09/2017 tells us that Watford have won 1 of these games & Southampton 2, with the number of draws standing at 3.

An aggregate of 14 goals were scored between them in these games, with 7 of them for The Hornets and 7 created by The Saints. This gives an average number of goals per game equal to 2.33.

The previous league encounter between these sides was Premier League match day 14 on 30/11/2019 when it ended Southampton 2-1 Watford. On that day, Southampton had 63% possession and 11 attempts on goal with 6 of them on target. The goals were scored by Danny Ings (78') and James Ward-Prowse (83'). Watford had 6 shots at goal with 3 of them on target. Ismaïla Sarr (24') scored. The match was refereed by Michael Oliver.

It looks as if The Hornets should make use of the 4-2-3-1 formation for this game and select Heurelho Gomes, Adam Masina, Craig Dawson, Kiko Femenia, Craig Cathcart, Etienne Capoue, Will Hughes, Tom Cleverley, Abdoulaye Doucoure, Ismaïla Sarr and Troy Deeney.

From a largely healthy group, there is just the lone fitness problem for the Southampton gaffer Ralph Hasenhüttl to contend with. Sam McQueen (Cruciate Ligament Rupture) won’t be in action.

We envisage that Southampton and Watford should both be able to find the back of the net here although it’s difficult to select a clear winner. Let’s see how this one goes, but it looks this could be a draw. We’re therefore tipping a very even match with a 1-1 scoreline when all is said and done.

Both Teams to Score Prediction for Watford vs Southampton
Yes 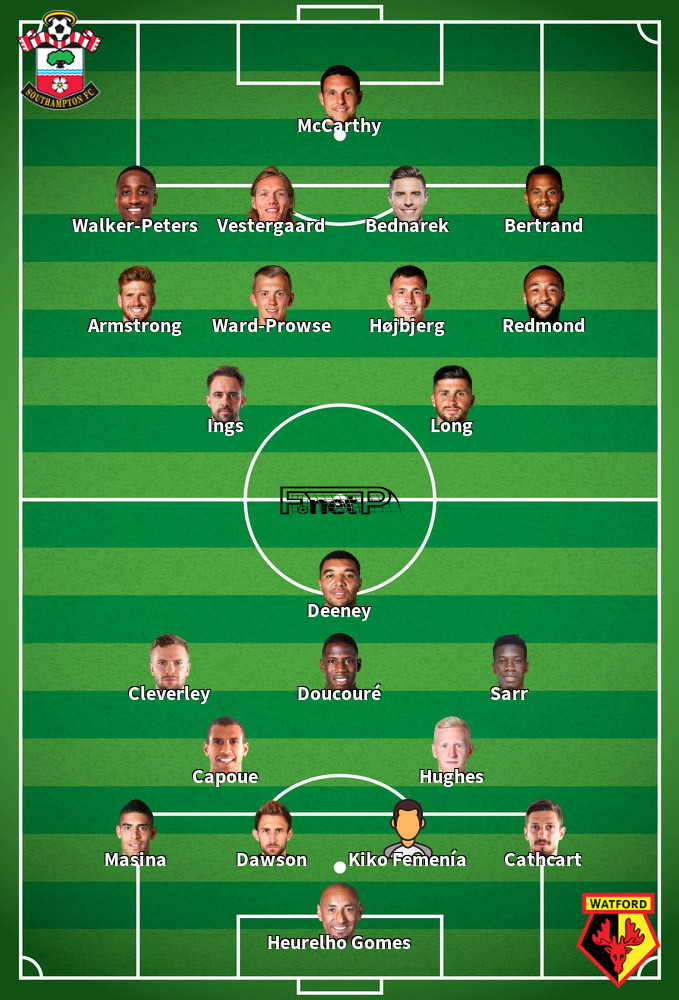 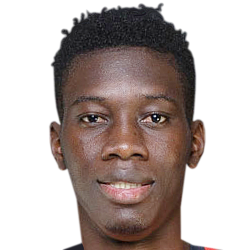 Normally playing in the Striker position, Ismaïla Sarr was born in Saint-Louis, Senegal. After making a first senior appearance for FC Metz in the 2016 - 2017 season, the talented Forward has hit 5 league goals in this Premier League 2019 - 2020 season to date in a total of 20 appearances.

We have made these Watford v Southampton predictions for this match preview with the best intentions, but no profits are guaranteed. Please always gamble responsibly, only with money that you can afford to lose. Best of luck.