The League Two meeting at Lamex Stadium on Saturday will see home side Stevenage fighting it out with Sutton United.

Our tips, poll and stats for Stevenage v Sutton United can all be found here (inc. the best betting odds).

Stevenage, buoyed by their previous result, will be hoping for more of the same after the 3-1 League Two victory over Walsall.

For Stevenage, the scorers were Chris Lines (8') and Jake Taylor (94'). Rollin Menayese (1' Own goal) and Brendan Kiernan (70') scored for Walsall.

Stevenage have been quite ineffective in attack in recent times. Their sum of goals stands at just 4 against opposing sides over the course of their previous 6 matches. In those games, Stevenage have also seen the tally of goals scored against them come to 7. Let’s see whether or not that trend can be continued on here.

Sutton United go into this encounter after a 2-1 EFL Trophy win to defeat Colchester United in their most recent match.

In the course of their six previous matches, Matt Gray's Sutton United have managed to stick the ball in the net 9 times - yielding them a goals scored per game average of 1.5.

The Stevenage boss Paul Tisdale will be grateful not to have any fitness concerns at all coming into this match with a completely healthy squad to pick from.

Due to a fully healthy squad to pick from, the Sutton United manager Matt Gray does not have any fitness concerns at all coming into this clash.

Our thinking is that Sutton United and Stevenage should both get enough opportunities to score, although it’s hard to separate the two.

It appears that a draw might be on the cards. We’re therefore predicting a very even match with a 1-1 score draw at the end of the match. 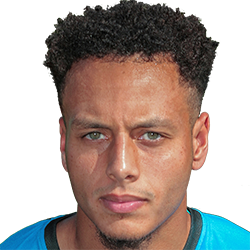 Mostly deployed in the Right Wing position, Elliot List was born in Camberwell, England. After having made a senior debut playing for Gillingham in the 2015 - 2016 season, the accomplished Forward has scored a sum of 8 league goals in the League Two 2021 - 2022 campaign so far in 22 appearances.

While we have made these predictions for Stevenage v Sutton United for this match preview with the best of intentions, no profits are guaranteed. Always gamble responsibly, and with what you can afford to lose. Good luck if you do place a bet today.