The National League match at Racecourse Stadium on Saturday will see home side Wrexham go up against Torquay United.

Our full set of predictions, statistics and match poll for Wrexham v Torquay United can be seen below - plus the latest match odds.

Matches involving Wrexham have proved to be engaging ones of late with high scoring expected. Over their past six games alone, a total of 24 goals have flown in for both sides combined (at an average of 4 goals per game) with 20 of these being chalked up by Wrexham.

Ahead of this clash, Wrexham haven't beaten Torquay United in their previous 5 matches in the league.

The only scorer from Torquay United was Ali Omar (2'). Rhys Browne (67') scored for Wealdstone.

The stats don’t lie, and Torquay United have been scored against in 6 of their last 6 games, with opponents netting 11 goals in all. At the back, Torquay United have seen their frailties exposed. We will have to find out if that trend will be sustained into this next match.

Looking at their past form shows that Torquay United:

A review of their most recent head-to-head clashes going back to 06/01/2018 shows that Wrexham have won 1 of these games and Torquay United 4, with the tally of drawn results standing at 1.

A combined total of 13 goals were produced between them in this period, with 6 of them from The Dragons and 7 belonging to The Gulls. That’s an average goals per game figure of 2.17.

The last league encounter featuring the two was National League match day 28 on 05/02/2022 and the score finished Torquay United 1-0 Wrexham.

The match was refereed by Aji Ajibola.

The Wrexham boss Phil Parkinson does not have any fitness worries at all coming into this match owing to a fully injury-free group to choose from.

Due to a completely injury-free squad to choose from, the Torquay United manager Gary Johnson has no fitness worries to speak of ahead of this game.

We’re inclined to think that Torquay United will surely be able to breach the defence of this Wrexham side, however it probably won’t be enough to avoid a loss.

Our selection here is for a narrow 2-1 win for Wrexham at the end of this one. Let’s wait and see how it plays out. 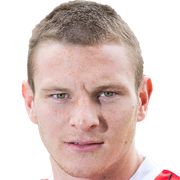 Generally deployed in the Striker position, Paul Mullin was born in England. Having played his first senior match for Morecambe in the 2014 - 2015 season, the accomplished Forward has hit 7 league goals in the National League 2022 - 2023 season so far coming from a total of 9 appearances.

While we have made these predictions for Wrexham v Torquay United for this match preview with the best of intentions, no profits are guaranteed. Always gamble responsibly, and with what you can afford to lose. Good luck with your selections.