Yeovil Town will face off against visiting side Wealdstone at Huish Park in the National League fixture on Tuesday.

Scroll down to see all of the predictions, poll and statistics for Yeovil Town v Wealdstone (plus the best game odds).

Yeovil Town are hoping to win again after their last result, a 0-2 National League success over Dagenham & Redbridge.

For Yeovil Town, the scorers were Jordan Maguire-Drew (31') and Matt Worthington (80').

Under three goals per match were recorded in 5 of the last 6 fixtures where Yeovil Town have been participants. With regard to the goal split in this period, their opponents scored an aggregate of 5 while Yeovil Town managed a tally of 5.

After suffering a loss in their previous game against Gateshead in National League competition, Wealdstone and their travelling fans will hope for a better result here.

The only scorer from Wealdstone was Max Kretzschmar (37'). Danny Elliott (72') and Adam Campbell (82') scored for Gateshead.

Looking at the pre-match facts, Wealdstone:

The last league fixture featuring the two was National League match day 6 on 29/08/2022 and the score finished Wealdstone 0-0 Yeovil Town.

The referee was Sam Mulhall.

The Yeovil Town boss Mark Cooper does not have any fitness worries to speak of coming into this game with a completely healthy group available to select from. Jamie Reckord is ineligible for this match because of suspension.

With a fully injury-free group to pick from, the Wealdstone manager Stuart Maynard has no fitness concerns at all ahead of this game. Micah Obiero cannot play in this game through suspension.

We believe that Wealdstone and Yeovil Town should both be able to find the back of the net here although it’s difficult to select a clear winner.

There should be little in it, and a draw looks to be quite a realistic result. That’s why we have predicted a very even match with a 1-1 score draw at full-time. 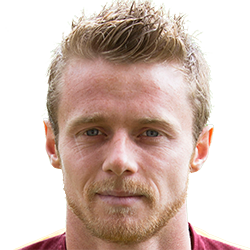 Usually used in the Striker position, Alex Fisher was born in Westminster, England. Having made a first senior appearance for Oxford United in the 2007 - 2008 season, the gifted Forward has bagged 4 league goals in the National League 2022 - 2023 campaign so far in a total of 24 appearances.

We have made these Yeovil Town v Wealdstone predictions for this match preview with the best intentions, but no profits are guaranteed. Please always gamble responsibly, only with money that you can afford to lose. We wish you the best of luck.