All AEK Athens v Aris FC game predictions, stats and user poll are shown below - plus the latest match odds.

AEK Athens, who won their previous game, will hope for a similar result following the 1-2 Super League success vs Ionikos.

Three or more goals per game were recorded in 5 of the last 6 meetings where AEK Athens have been involved. Opposition teams scored 4 of them in these games whereas AEK Athens amassed a tally of 15.

Coming into this fixture, AEK Athens are unbeaten in their last 8 league matches at home. Visiting teams have certainly not had an easy time of it here.

Aris FC will go into this meeting following a 3-0 Super League win with the defeat of Volos in their previous game.

A sequence of very capable performances by the Aris FC defence has resulted in the number of goals they’ve conceded standing at 3 from their past 6 fixtures overall. During the same time, the number of goals that they have scored themselves amounts to 8. That sort of pattern might not be sustained into this match, though.

Coming into this meeting, Aris FC are without an away win for the past 3 matches in the league.

A glance at their most recent head-to-head meetings stretching back to 16/05/2021 shows that AEK Athens have won 2 of them & Aris FC 3, with the tally of drawn matches being 1.

A combined total of 16 goals were shared by the two clubs in these games, with 8 for AEK and 8 belonging to Theos tou polemou. This gives an average number of goals per game equal to 2.67.

The previous league match between these clubs was Super League match day 7 on 09/10/2022 which ended up with the score at Aris FC 0-2 AEK Athens.

On that occasion, Aris FC had 51% possession and 8 attempts on goal with 1 on target.

Due to a completely injury-free squad available to select from, the Aris FC manager Alan Pardew does not have any fitness worries whatsoever coming into this match.

We’re inclined to think that AEK Athens should get a lot of shots on goal and make them count.

Conversely, Aris FC will be up against it to score themselves but we can see them converting at least once here, too.

We therefore think that it’s going to be a pretty comfortable 3-1 win for AEK Athens at full-time. 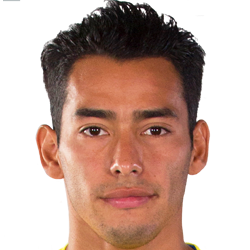 Normally taking up the Striker position, Sergio Araujo was born in Neuquén, Argentina. After making a first senior appearance for Boca Juniors in the 2009 - 2010 season, the talented Forward has hit 5 league goals in the Super League 2022 - 2023 season to date from a total of 19 appearances.

We have made these AEK Athens v Aris FC predictions for this match preview with the best intentions, but no profits are guaranteed. Please always gamble responsibly, only with money that you can afford to lose. Best of luck.