Return to this page a few days before the scheduled game when this expired prediction will be updated with our full preview and tips for the next match between these teams.
Full-Time Result Prediction
👉
AFC Eskilstuna to Win

Östers IF visit Tunavallen on Thursday for the Superettan showdown with home team AFC Eskilstuna.

View all of the AFC Eskilstuna v Östers IF predictions, poll and stats below (inc. the best betting odds).

AFC Eskilstuna head into this game after a 1-1 Superettan tied result versus Östers IF.

AFC Eskilstuna have been finding it hard to keep clean sheets of late, but they’ve also found ways to score goals themselves. Over their last 6 matches, AFC Eskilstuna have been punished defensively in 6 of them as well as getting on the scoresheet in 6 of those matches. We will just have to find out if that trend will end up being sustained here.

A look at their previous results shows us that AFC Eskilstuna:

Coming into this meeting, Östers IF are winless against AFC Eskilstuna in away games against them for the last 2 matches in the league.

Looking over their prior head to head clashes going back to 23/09/2010 shows us that AFC Eskilstuna have won 1 of these and Östers IF 3, with the number of drawn results standing at 2.

A combined sum of 12 goals were scored between the two sides in this period, with 5 of them from AFC Eskilstuna and 7 being from Östers. This gives an average number of goals per game equal to 2.

The previous league fixture featuring the two was Superettan match day 11 on 19/06/2021 when it ended Östers IF 2-0 AFC Eskilstuna.

That time, Östers IF managed 53% possession and 13 attempts on goal with 6 of them on target. Goals were scored by Nicolas Mortensen (18') and Mattias Pavić (55').

AFC Eskilstuna had 5 attempts on goal with 2 on target.

The match was refereed by Richard Sundell.

The AFC Eskilstuna boss Özcan Melkemichel has no fitness concerns at all coming into this game with a completely healthy group available to select from.

Thanks to a fully injury-free group available to select from, the Östers IF boss Denis Velic has zero fitness worries to report ahead of this game.

We feel that Östers IF are likely to find the net against this AFC Eskilstuna side, but that probably won’t quite be enough to prevent defeat.

We’re expecting both teams to score in a 2-1 advantage for AFC Eskilstuna by the time that the referee blows the final whistle. Let’s see what eventuates. 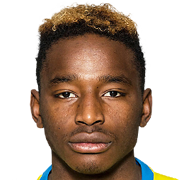 Usually played in the Left Attacking Midfielder position, York Rafael was born in Sweden. After having made a senior debut playing for Gefle IF in the 2016 season, the skilful Midfielder has hit 3 league goals in the Superettan 2021 campaign to date from a total of 19 appearances.

We have made these AFC Eskilstuna v Östers IF predictions for this match preview with the best intentions, but no profits are guaranteed. Please always gamble responsibly, only with money that you can afford to lose. Best of luck with your selections.