Return to this page a few days before the scheduled game when this expired prediction will be updated with our full preview and tips for the next match between these teams.
Full-Time Result Prediction
👉
Aldershot Town to Win

Barnet will arrive at The Recreation Ground on Saturday for the National League showdown with home team Aldershot Town.

Our full set of predictions, statistics and match poll for Aldershot Town v Barnet can be seen below (inc. the best betting odds).

Aldershot Town will be looking for a repeat result of a 0-1 National League success versus Woking.

The only name on the scoresheet from Aldershot Town was Miller (72').

Three or more goals per match have been seen in 5 of the last 6 fixtures where Aldershot Town have played. Their opponents scored 10 of them in this period while The Shots totted up 9. Still, we will just have to wait and see if the trend might be maintained here in this game.

Heading into this fixture, Aldershot Town haven't won against Barnet in their last 6 league matches.

Since a losing effort in their last game against Boreham Wood in National League competition, Barnet will be hoping to turn things around here.

The attacking players from Barnet have had real problems scoring goals over their previous six encounters, contributing the disappointing return of only 3. In those fixtures, The Bees have also seen the collective goal aggregate of opposing teams equal 16.

Their past results show that Barnet:

Delving into their past head to head meetings going back to 26/12/2014 reveals that these encounters have been disappointments for Aldershot Town. They’ve not managed to register any wins whatsoever whereas Barnet have managed to find a way, beating them in 67 per cent of those ties.

In all, 9 goals were produced between them in this period, with 1 of them for The Shots and 8 being from The Bees. The average goals per game has been 1.5.

The previous league game between these clubs was National League match day 33 on 28/12/2019 and the score finished Aldershot Town 0-0 Barnet.

Aldershot Town manager Danny Searle will be thankful to have no fitness concerns to speak of before this game thanks to a completely healthy group available to select from.

Thanks to a completely healthy group to pick from, Barnet manager Tim Flowers has no fitness concerns to speak of coming into this game. Anthony Wordsworth cannot play in this game through suspension.

Our thinking is that Barnet will need things to go their way to see themselves scoring against this Aldershot Town team who we reckon will just have the edge.

We’re therefore tipping a narrow 1-0 advantage for Aldershot Town at the end of this game. 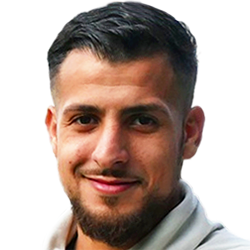 Typically playing in the Striker position, Mohamed Bettamer was born in Libya. Having made his senior debut playing for Aldershot Town in the 2020 - 2021 season, the talented Forward has got 5 league goals in the National League 2020 - 2021 campaign so far from a total of 15 appearances.

While we have made these predictions for Aldershot Town v Barnet for this match preview with the best of intentions, no profits are guaranteed. Always gamble responsibly, and with what you can afford to lose. We wish you the best of luck.