Return to this page a few days before the scheduled game when this expired prediction will be updated with our full preview and tips for the next match between these teams.
Full-Time Result Prediction
👉
Como to Win

Como come up against visiting club Alessandria at Stadio Giuseppe Sinigaglia in this Serie B clash on Saturday.

View all Como v Alessandria tips, stats and our pre-match poll below - plus the latest match odds.

Como, who won their previous game, will hope for a similar result following the 2-4 Serie B triumph vs Brescia.

Fewer than three goals per game were scored during 5 of the last 6 fixtures where Como have been participants. Regarding the goal split from that period, opposing sides scored an aggregate of 9 while Como managed a tally of 6.

Heading into this contest, Como haven’t won at home in the past 3 league games.

Alessandria head into the match following on from a 1-0 Serie B win versus Cosenza in their most recent outing.

The stats tell the story, and Alessandria have been scored against in 5 of their last 6 games, with opponents netting 12 goals in total. In defence, Alessandria could really do with shoring things up. Previous results aside, we’ll just have to find out whether that trend shall be sustained in this next game.

Coming into this meeting, Alessandria have not won away from home in their last 7 league games.

A look at their most recent head-to-head clashes going back to 16/11/2008 shows us that Como have won 3 of these games & Alessandria 2, with the number of drawn matches standing at 1.

12 goals were shared by the two clubs in this period, with 6 of them from I Lariani and 6 created by L'Orso. That’s an average goals per game figure of 2.

The Como manager Giacomo Gattuso doesn’t have any fitness concerns at all before this clash owing to a fully injury-free group to pick from.

In an otherwise healthy group, there’s only a single fitness worry for the Alessandria manager Moreno Longo to contend with. Simone Sini (Cruciate Ligament Rupture) won’t be in action.

We feel that in this game, Alessandria should have enough to put one past this Como lineup, although that isn’t expected to be enough to avoid a loss.

We are anticipating a close game with a 2-1 advantage for Como at the end of the 90 minutes. There looks to be little in this one. 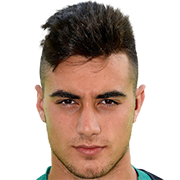 Mostly used in the Striker position, Ettore Gliozzi was born in Italy. After having played his first senior match for Sassuolo in the 2013 - 2014 season, the skilful Forward has scored a sum of 2 league goals in this Serie B 2021 - 2022 season so far coming from a total of 7 appearances.

While we have made these predictions for Como v Alessandria for this match preview with the best of intentions, no profits are guaranteed. Always gamble responsibly, and with what you can afford to lose. Good luck with your selections.