All Almere City v De Graafschap game predictions, stats and user poll are shown below - plus the latest match odds.

Almere City, buoyed by their previous result, will be hoping for more of the same after the 1-0 Eerste Divisie success versus Willem II.

The only player to score from Almere City was Jeredy Hilterman (23').

Over their prior 6 fixtures, Alex Pastoor's Almere City have hit the back of the net a total of 8 times, with that being an average number of goals per match equal to 1.33.

Coming into this clash, Almere City are undefeated in their last 4 home league matches.

De Graafschap will come into the encounter following on from a 3-0 Eerste Divisie win over Jong Ajax in their previous game.

Proving their bias toward eventful encounters, we’ve had goals 20 times in the previous six games in which De Graafschap have taken to the pitch, yielding a mean average of 3.33 goals each fixture. Their opponents have got 8 of those goals.

Ahead of this meeting, De Graafschap are undefeated in their last 2 league matches away from home.

A look at their prior head to head clashes dating back to 17/01/2020 shows that Almere City have won 2 of these games & De Graafschap 3, with the tally of drawn games being 1.

A combined sum of 14 goals were yielded between them in these games, with 6 from De Zwarte Schapen and 8 created by Superboeren. That’s an average goals per game figure of 2.33.

The previous league match between these clubs was Eerste Divisie match day 7 on 16/09/2022 when the final score was De Graafschap 1-2 Almere City.

There aren’t many personnel worries, with just the sole fitness concern for the Almere City boss Alex Pastoor to be concerned with from of an almost fully healthy set of players. Faiz Mattoir (Cruciate Ligament Injury) will miss out.

Thanks to a completely injury-free group to choose from, the De Graafschap manager Adrie Poldervaart has zero fitness worries at all before this match.

We feel that De Graafschap may well find it hard to see themselves scoring against this Almere City outfit who we reckon should score at least once to put them ahead.

We’re therefore anticipating a good tussle with a 1-0 winning margin for Almere City at the end of the 90. 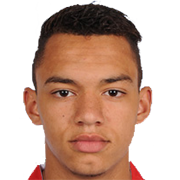 Regularly played in the Striker position, Jeredy Hilterman was born in Haarlem, Netherlands. Having made his senior debut playing for Jong Utrecht in the 2017 - 2018 season, the dangerous Forward has bagged 12 league goals in the Eerste Divisie 2022 - 2023 season so far in 20 appearances.

While we have made these predictions for Almere City v De Graafschap for this match preview with the best of intentions, no profits are guaranteed. Always gamble responsibly, and with what you can afford to lose. Best of luck.