América Mineiro arrive at Estádio José Pinheiro Borda on Thursday for the Serie A clash with home side Internacional.

Our predictions, user poll and statistics for Internacional v América Mineiro can be found here - plus the latest betting odds.

Internacional will be looking for a repeat result of the 5-2 Serie A success over Chapecoense.

Fewer than three goals per game were scored during 5 of the past 6 meetings where Internacional have been involved. Regarding the goal split in that period, opposition teams scored a total of 3 and Internacional got themselves 9. Let’s see whether or not that trend will end up being continued on here.

In their previous game, América Mineiro drew 1-1 in the Serie A match with Juventude.

A run of resolute displays by the América Mineiro defensive unit has resulted in their ‘goals against’ tally amounting to 4 from their previous 6 fixtures combined. During the same period of time, their own forwards have managed to score 7.

Ahead of this clash, América Mineiro are unbeaten in their previous 7 away league matches.

A look at their past head to head clashes going back to 19/09/2016 shows that Internacional have won 2 of them & América Mineiro 3, with the number of drawn matches standing at 1.

10 goals were scored between the two sides in this period, with 5 of them from Colorado and 5 netted by Coelho. That’s an average goals per game of 1.67.

The last league fixture featuring these sides was Serie A match day 7 on 27/06/2021 when the final score was América Mineiro 1-1 Internacional.

Internacional had 10 attempts on goal with 3 on target. Rodrigo Dourado (77') was the scorer.

There aren’t many personnel worries, with just one fitness concern for the Internacional gaffer Diego Aguirre to contend with due to a largely intact set of players. Rodrigo Moledo (Cruciate Ligament Rupture) misses out.

With a fully injury-free squad available for selection, the América Mineiro boss Vágner Mancini does not have any fitness worries at all coming into this game.

We envisage that América Mineiro are dangerous enough to get a goal against this Internacional team, but that probably won’t quite be as many as they will have scored against them.

We can see both teams to score in a 2-1 advantage for Internacional when all is said and done. Should be an interesting one. 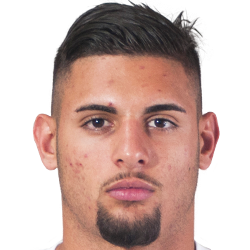 Usually taking up the Striker position, Yuri Alberto was born in Brazil. Having made a first senior appearance for Santos in the 2017 season, the dangerous Forward has scored a sum of 10 league goals in the Série A 2021 season so far from a total of 23 appearances.

While we have made these predictions for Internacional v América Mineiro for this match preview with the best of intentions, no profits are guaranteed. Always gamble responsibly, and with what you can afford to lose. Good luck!