Arda Kardzhali will take to the pitch with visiting team Levski Sofia at Arena Arda in this First League game on Saturday.

Our tips, poll and stats for Arda Kardzhali v Levski Sofia can all be found here including the latest game odds.

Arda Kardzhali will be hoping to return to winning ways here after a 2-1 First League defeat last time out to CSKA Sofia.

It has been a rare occasion in recent games that Arda Kardzhali have shown defensive steel. In fact, Arda Kardzhali have failed to prevent opponents from scoring in 5 of their previous 6 matches, letting in 10 goals in the process. Regardless, time will tell whether that trend shall be maintained in this upcoming match.

A look at their previous results shows us that Arda Kardzhali:

In their previous game, Levski Sofia drew 0-0 in the First League tie with Botev Vratsa.

Throughout their six previous matches, Stanimir Stoilov's Levski Sofia have converted a total of 8 times - earning them the goals scored per game average of 1.33.

The Arda Kardzhali boss Slavko Matić has no fitness concerns whatsoever coming into this match owing to a completely injury-free squad to choose from.

With a fully injury-free group available for selection, the Levski Sofia manager Stanimir Stoilov doesn’t have any fitness worries to report before this match.

In this game, Levski Sofia would be disappointed if they were not to get a goal against this Arda Kardzhali outfit, but it probably shouldn’t be as many as they will have scored against them.

We can see both teams to score in a 2-1 winning score for Arda Kardzhali when the full-time whistle blows. There looks to be little in this one. 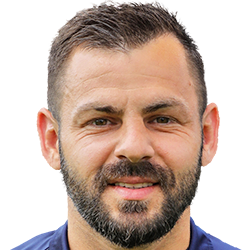 Regularly taking to the field in the Right Attacking Midfielder position, Spas Delev was born in Blagoevgrad, Bulgaria. After making a first senior appearance for Pirin in the 2008 - 2009 season, the accomplished Midfielder has scored a sum of 3 league goals in the First League 2021 - 2022 season to date in 13 appearances.

While we have made these predictions for Arda Kardzhali v Levski Sofia for this match preview with the best of intentions, no profits are guaranteed. Always gamble responsibly, and with what you can afford to lose. Good luck if you do place a bet today.