Arsenal Tula will face off against the visiting Terek Grozny at Arsenal Stadium in this Premier League meeting on Wednesday.

All Arsenal Tula v Terek Grozny match predictions, user poll and stats are shown below (plus the best game odds).

Arsenal Tula will be wanting a better result here after a 2-1 Premier League loss in their previous game against FC Rostov.

The only scorer from Arsenal Tula was Yevgeni Lutsenko (58'). Pavel Mamayev (1') and Aleksei Ionov (17') scored for FC Rostov.

It’s been all too rare in recent times that Arsenal Tula haven’t conceded. It will be a concern for them that Pryaniki have been scored against in 5 of their previous 6 matches, giving up 9 goals on the way. We will find out whether or not that trend can be continued on here.

In their previous fixture, Terek Grozny drew 1-1 in the Premier League tie with Sochi.

The only name on the scoresheet from Terek Grozny was Denis Glushakov (33'). Nikita Burmistrov (45') was the scorer for Sochi.

The stats don’t lie, and Terek Grozny have been scored against in 6 of their last 6 games, seeing their opponents hit 9 goals in all. In defence, The Wolves can certainly do much better.

A glance at their most recent head-to-head clashes going back to 08/04/2017 shows that Arsenal Tula have won 3 of these games & Terek Grozny 2, with the number of draws standing at 1.

In all, 16 goals were shared by the two clubs during those clashes, with 8 for Pryaniki and 8 being from The Wolves. That is an average goals per game value of 2.67.

The last league clash between the two was Premier League match day 14 on 26/10/2019 when it finished Terek Grozny 1-1 Arsenal Tula.

The match was refereed by Nikolay Voloshin.

Arsenal Tula boss Igor Cherevchenko doesn’t have any fitness worries whatsoever ahead of this match thanks to a completely healthy squad available to choose from.

With a completely injury-free squad available for selection, Terek Grozny boss Igor Shalimov has no fitness concerns to report coming into this match.

We’re of the opinion that Terek Grozny and Arsenal Tula may both struggle to make a breakthrough here.

Let’s see how this one goes, but it looks this could be a game with minimal goal-scoring opportunities. We’re therefore tipping a tight encounter with a 0-0 score after 90 minutes.

Over/Under 2.5 Goals Prediction for Arsenal Tula vs Terek Grozny
Under 2.5 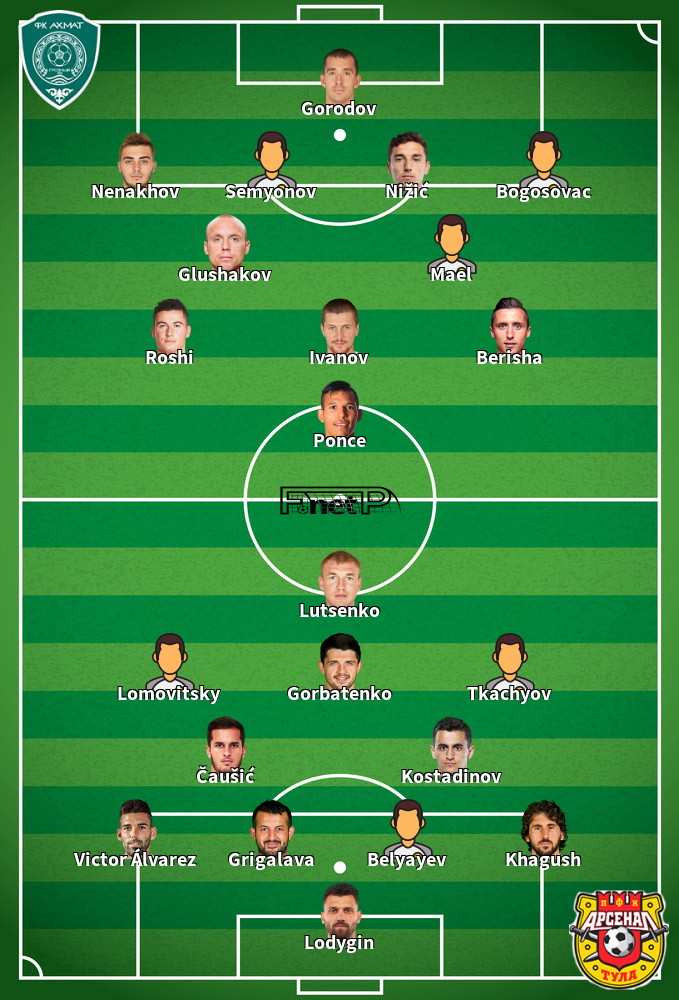 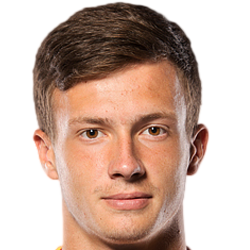 Usually taking up the Left Attacking Midfielder position, Daniil Lesovoy was born in Moscow, Russia. After having made a senior debut playing for Arsenal Tula in the 2018 - 2019 season, the dangerous Midfielder has hit 3 league goals in the Premier League 2019 - 2020 campaign to date in a total of 22 appearances.

While we have made these predictions for Arsenal Tula v Terek Grozny for this match preview with the best of intentions, no profits are guaranteed. Always gamble responsibly, and with what you can afford to lose. Good luck with your selections.