Ascoli are the guests at Stadio Paolo Mazza on Saturday for the Serie B game with hosts SPAL.

SPAL go into this match following on from a 1-1 Serie B draw against Ascoli.

In that game, SPAL had 53% possession and 8 shots at goal with 4 of them on target. The only player to score for SPAL was Lorenzo Dickmann (16'). On the other side, Ascoli got 5 shots on goal with 1 on target. Claud Adjapong (41') scored for Ascoli.

Under three goals per match were scored during 5 of the last 6 fixtures where SPAL have been participants. In terms of the goal distribution in this period, their opponents scored an aggregate of 5 while SPAL managed a tally of 5.

Analysis of their past results shows that SPAL:

The stats tell the story, and Ascoli have been scored against in 5 of their last 6 games, with opponents netting 8 goals overall. At the back, Ascoli certainly have room for improvement. We will find out if that trend can be continued on here.

Coming into this clash, Ascoli remain undefeated by SPAL when they've played them away from home in the last 3 matches in the league.

Looking over their prior head-to-head meetings stretching back to 04/02/2017 shows us that SPAL have won 1 of these games & Ascoli 3, with the tally of drawn matches standing at 2.

A total of 13 goals were scored between them in these games, with 5 for SPAL and 8 belonging to Bianconeri. The average number of goals per game works out to 2.17.

That day, Ascoli managed 47% possession and 15 attempts at goal with 2 on target. Their only player on the scoresheet was Cedric Gondo (21').

The SPAL manager Daniele De Rossi has a full complement, with no fitness worries whatsoever ahead of this game thanks to a completely injury-free squad available to choose from.

Thanks to a mainly available squad, there’s just the sole fitness worry for the Ascoli gaffer Cristian Bucchi to contend with. Eddy Gnahoré (Unknown Injury) won’t be in action.

We’ve got the feeling that Ascoli and SPAL could both end up scoring in what appears to be a good match-up, with little separating these two teams.

Shouldn’t be much in it, and a draw looks quite a realistic result. That’s why our selection here is for a close game with a 1-1 score draw at full-time. 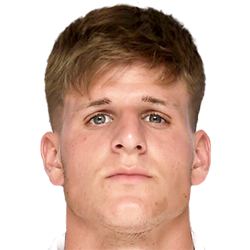 Mostly played in the Centre Midfield position, Fabio Maistro was born in Rovigo, Italy. After making a first senior appearance for Salernitana in the 2019 - 2020 season, the skilful Midfielder has struck 3 league goals in this Serie B 2022 - 2023 campaign so far in 16 appearances.

We have made these SPAL v Ascoli predictions for this match preview with the best intentions, but no profits are guaranteed. Please always gamble responsibly, only with money that you can afford to lose. Good luck with your selections.