The Necaxa v Atlas live stream video is ready for broadcast on 16/09/2021. Soccer fans can watch this fixture on a live streaming service should the game be included in the schedule mentioned above. Here we arm you with useful information for watching this Liga MX (Apertura) game including the most recent team form, h2h clashes and our game tips.

In order to view this match using alternative ways, check TV channel listings in your place of residence. Such broadcasting rights are typically granted on a per-competition/league or even single game arrangement basis. For fixtures shown live on regional television programmes, check the listings on the likes of BT Sport, Amazon Prime Video, Sky Sports, Now TV, iTV, Canal+, Fox Soccer, ESPN relevant to your location.

When the abovementioned broadcaster does broadcast a Necaxa v Atlas soccer live streaming coverage, you can watch the game on your mobile (iPhone, Android including Xiaomi) and desktop plus tablet (eg iPad, Huawei MediaPad).

After the match finishes, we may also link to highlights from time to time. We aren’t responsible for the transmission of any match video content linked to from this site. All legal issues must be directed to the hosters/owners of this content.

Full predictions, pre-match stats and user poll for Necaxa v Atlas are shown on this page - as well as up-to-date odds.

Necaxa won’t want a repeat of their last result here following the 3-0 Liga MX (Apertura) loss in their previous game against Querétaro FC.

Over their past 6 fixtures, Guillermo Vázquez's Necaxa have celebrated scoring 8 times which gives them an average number of goals per match of 1.33.

Heading into this fixture, Necaxa haven't been defeated in their previous 2 league matches at home.

Atlas come into this clash following on from a 2-1 Liga MX (Apertura) win with the downing of Monterrey in their previous outing.

In that game, Atlas had 56% possession and 14 shots on goal with 4 on target. For Atlas, the goals were scored by Julián Quiñones (61') and Julio César Furch (80'). At the other end, Monterrey got 3 attempts on goal with 2 on target. Duvan Vergara (14') was the scorer for Monterrey.

A sequence of reliable displays from the Atlas defenders has seen their ‘goals against’ tally standing at 4 from their previous 6 fixtures in total. During the same period of time, their own attack force has managed to score 5. We shall soon see if that trend will be continued on in this game.

Their past results show that Atlas:

Looking at their past head to head clashes dating back to 14/02/2018 tells us that Necaxa have won 3 of these and Atlas 1, with the tally of draws standing at 2.

A sum of 18 goals were yielded between them in these games, with 9 of them from Lightning Bolts and 9 coming from Los Zorros. This gives an average number of goals per game equal to 3.

The previous league match between these clubs was Liga MX (Clausura) match day 17 on 01/05/2021 and the score finished Necaxa 1-5 Atlas.

On that occasion, Necaxa managed 39% possession and 7 attempts on goal with 3 on target. Their only player on the scoresheet was Juan Delgado (2').

The Necaxa manager Guillermo Vázquez will be thankful to have no fitness worries to speak of coming into this match owing to a fully healthy group available to choose from.

Due to a fully healthy group to pick from, the Atlas boss Diego Cocca does not have any fitness worries to speak of coming into this clash.

It’s looking like Atlas and Necaxa could both end up scoring in a what should be a good tussle with little between the two teams.

A draw looks like a realistic possibility, but we’ll see what happens. Our tip is therefore for a hard-fought 1-1 score draw at the end of this game. 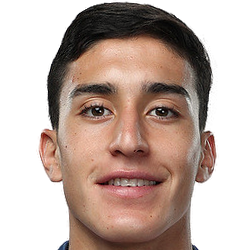 Typically taking to the field in the Centre Midfield position, Alejandro Zendejas was born in Ciudad Juárez, Mexico. After having played his first senior match for FC Dallas in the 2015 season, the talented Midfielder has managed to score 2 league goals in the Liga MX (Clausura) 2020 - 2021 season so far in 17 appearances.

We have made these Necaxa v Atlas predictions for this match preview with the best intentions, but no profits are guaranteed. Please always gamble responsibly, only with money that you can afford to lose. Best of luck.

⚽️ Where can I find the predictions for other Liga MX (Apertura) games?

You can see all of our upcoming (and previous) Liga MX (Apertura) predictions & previews here.