Return to this page a few days before the scheduled game when this expired prediction will be updated with our full preview and tips for the next match between these teams.
Full-Time Result Prediction
👉
Austin FC to Win

Scroll down to see all of the predictions, poll and statistics for Austin FC v FC Dallas - as well as the best betting odds.

Austin FC will be looking for a repeat result of the 0-1 MLS victory against Montreal Impact.

It has not been often in recent times that Austin FC haven’t conceded. The facts show that Austin FC have failed to prevent opponents from scoring in 5 of their previous 6 matches, giving up 10 goals during that time. We will just have to see whether or not that trend can be sustained into this next match.

Following on from suffering a loss in their previous game against Vancouver Whitecaps in MLS action, FC Dallas will be aiming to make amends here.

The stats tell the story, and FC Dallas have been scored against in 6 of their last 6 matches, with opponents netting 12 goals in all. At the back, FC Dallas certainly have room for improvement.

The previous league contest between these sides was MLS match day 44 on 31/10/2021 and the score finished FC Dallas 2-1 Austin FC.

On that occasion, FC Dallas managed 51% possession and 10 shots on goal with 3 of them on target. The scorers were Jesús Ferreira (38') and Franco Jara (80').

On the other side, Austin FC got 10 shots on goal with 3 on target. Diego Fagúndez (36') was the scorer.

The match was refereed by Silviu Petrescu.

It doesn’t get much better regarding selection, with just the lone fitness concern for the Austin FC manager Josh Wolff to be concerned with from an otherwise fully-primed group of players. Jhojan Valencia (Knee Injury) is sidelined. The players who will not be able to play in this game through being suspended are Cecilio Domínguez and Daniel Pereira.

Due to a fully injury-free squad available to choose from, the FC Dallas manager Nico Estévez does not have any fitness concerns to report before this game.

We feel that FC Dallas are dangerous enough to get a goal against this Austin FC side, but it realistically won’t be as many as the goals that they could concede.

We’re tipping a close game with a 2-1 winning margin for Austin FC at the end of the 90 minutes. There looks to be little in this one. 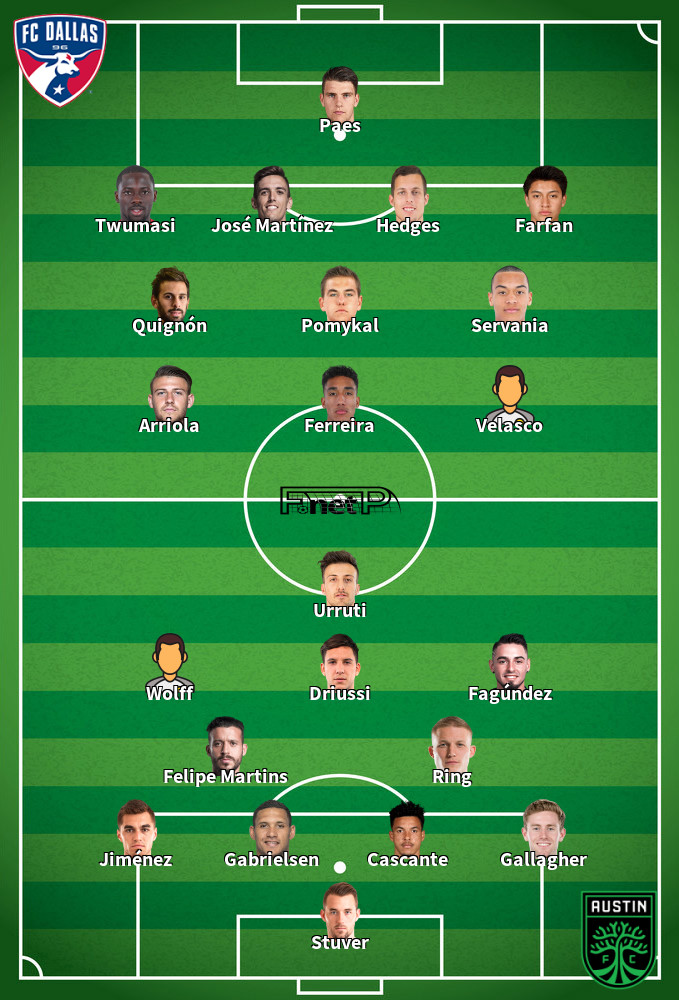 While we have made these predictions for Austin FC v FC Dallas for this match preview with the best of intentions, no profits are guaranteed. Always gamble responsibly, and with what you can afford to lose. Good luck with your selections.