To see all of our predictions, user poll & stats for Banfield v Estudiantes de La Plata, scroll down - plus the latest match odds.

Banfield will be hoping for a repeat of their last result, following a 2-3 Copa de la Liga Profesional success versus Vélez Sarsfield.

Over their prior 6 games, Javier Sanguinetti's Banfield have scored 7 times resulting in an average number of goals per match of 1.17.

For 5 of the past 6 games involving Estudiantes de La Plata, a relatively low number of goals have gone in between them and opposing teams. The overall average goals scored per game within that period is a paltry 2.17, with the number of goals averaged by Los Pincharratas standing at 1.33. That sort of pattern might not be sustained here, however.

Banfield boss Javier Sanguinetti doesn’t have any fitness worries whatsoever before this game owing to a fully injury-free group to pick from.

Due to a mostly full-strength group of players, there’s just the lone fitness problem for the Estudiantes de La Plata manager Leandro Desábato to be concerned about. Nazareno Colombo (Unknown Injury) won’t be playing here.

Looking at these two teams, we feel that Estudiantes de La Plata will need things to go their way to score against this Banfield team who should manage to get a goal of their own in a winning performance.

We’re therefore predicting a good battle with a 1-0 advantage for Banfield after 90 minutes. 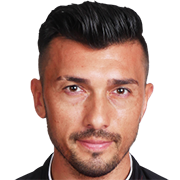 Typically used in the Central Attacking Midfielder position, Jesús Dátolo was born in Carlos Spegazzini, Argentina. Having played his first senior match for Banfield in the 2004 - 2005 season, the talented Midfielder has hit 3 league goals in this Superliga 2019 - 2020 campaign to date in 14 appearances.

While we have made these predictions for Banfield v Estudiantes de La Plata for this match preview with the best of intentions, no profits are guaranteed. Always gamble responsibly, and with what you can afford to lose. We wish you the best of luck.