Return to this page a few days before the scheduled game when this expired prediction will be updated with our full preview and tips for the next match between these teams.
Full-Time Result Prediction
👉
King's Lynn Town to Win

King's Lynn Town take on visitors Barnet at The Walks in the National League meeting on Tuesday.

King's Lynn Town will be hoping to bounce back here after the 0-1 National League loss in their previous game against Notts County.

Jake Reeves (54') was the scorer for Notts County.

It’s not been often in recent games where King's Lynn Town have managed to hold out for a full 90 minutes. The facts show that King's Lynn have been scored against in 5 of their previous 6 matches, shipping 9 goals in the process. That aside, time will tell whether the trend might be sustained in this next game.

Coming into this clash, King's Lynn Town are without a win at home for the past 5 matches in the league. Fans are getting restless.

After suffering a loss in their previous game against Woking in National League competition, Barnet will be hoping to turn things around here.

Looking at their form, and Barnet have been scored against in 6 of their last 6 games, letting opponents get 12 goals in total. Defensively, The Bees certainly have room for improvement.

The last league match featuring these clubs was National League match day 9 on 17/11/2020 which ended up with the score at Barnet 0-2 King's Lynn Town.

King's Lynn Town boss Ian Culverhouse has no fitness concerns whatsoever before this game owing to a fully healthy squad available to select from. Jordan Richards will not be able to play in this game through being suspended.

With a fully injury-free squad to choose from, Barnet boss Tim Flowers does not have any fitness concerns whatsoever before this game.

We’re inclined to think that Barnet have it within them to score against this King's Lynn Town side, although that might not quite be enough to avoid a loss.

We’re tipping a tight encounter finishing with a 2-1 victory for King's Lynn Town by the conclusion of the game. Let’s wait and see how it plays out. 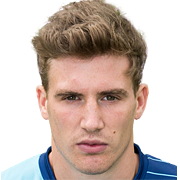 Usually playing in the Striker position, Dayle Southwell was born in England. After having made a senior debut playing for Grimsby Town in the 2010 - 2011 season, the goalscoring Forward has managed to score 3 league goals in this National League 2020 - 2021 season to date coming from a total of 14 appearances.

While we have made these predictions for King's Lynn Town v Barnet for this match preview with the best of intentions, no profits are guaranteed. Always gamble responsibly, and with what you can afford to lose. Good luck with your selections.